One thing right now is certain – 2020 managed to turn the world on its ear. Nothing is the same as it was on New Year’s Day. Masks are no longer the purview of thieves and surgeons. “Social distancing” doesn’t mean feigning a headache to avoid a dinner party – to be fair, dinner parties don’t happen much anyway. For musicians and fans, the nightmare of SARS-Co-V brought even music to a grinding halt. Venues had to close, and live music found an outlet on Facebook, You Tube, and other online media sources. As it always does, art finds a way to rise above madness – a way to bind us together and raise our consciousness out of despair and hopelessness. For a gifted musician and artist like Matt Young, it was as natural as breathing. As the bassist and vocalist for HeKz, his strong clarion voice and thundering guitar have become a staple of progressive heavy metal. That won’t change (thank the heavens!), but his new side project Maidens of Mercury, provides a respite from the pandemic blues, and a different musical direction for his artistic jones. The five song EP Life debuts on 31 July 2020, and Young sat down with Velvet Thunder to talk about the hows and whys of the new project. And as a spoiler alert, fans shouldn’t fear – HeKz lives!

For Maidens of Mercury, Young wrote the pieces, played all of the instruments, did all of the vocals, and recorded everything on his own. Justin Saban at Latent Lemon Audio did the mastering. Individual singles (and the final EP) will be available on the platform Bandcamp. Even for a seasoned musician like Young, a project like this can be, well, a little daunting. But when you have the right motivation, you can move mountains. More importantly, when your message is compelling, you feel an impulsion to get the project done. Maidens of Mercury has its origins in the pandemic.

Stylistically, the work is different from HeKz, yet is still very clearly in the same vein. Young explains this delicate difference. “Everything is personal, but in a different way. So, with HeKz, especially the last two albums, I would write a song, and I would demo it as far as I could, as almost like a pitch, like, ‘This is what I hear in my head. Let’s take it, I’m not married to any of it, but if you like the idea, let’s take it and collaborate on it and build it up.’ “And then occasionally, we would have a song where we would start from scratch together, and collaborate and build that way. And I suppose in either scenario with HeKz, there’s always going to be a bit of compromise, so somebody’s putting their input in – the chorus is going to go a certain way, and someone wants to put a certain spin on it, and then you adapt, which is great.

“And that’s a very important thing to the HeKz sound, because I really believe that the best songs we do are the ones that are entirely collaborative, like Line in the Sand was. I mean, that song resonated with so many people. I don’t think we’ve had a review of the album where that song’s not been mentioned. And it was … it came out of a conversation that we had at the end of a rehearsal, ‘What if we had a song that sounded like … a bit Pink Floydy?’ Then we just kind of set about doing that.

“In fact, we’re writing something at the moment, which is we’re doing it all on Zoom, meeting up once a week, and building the ideas together. But with Maidens of Mercury, it’s just my vision. It’s just it’s different. I think with HeKz, everything’s quite heightened. I was looking out a lot with that music, and writing about the world and philosophy and whatever. But recently, I’ve started to kind of look in, and it still has that … I think of it as like an operatic presentation, not because it sounds like Wagner, but just everything is kind of larger than life. So okay, we’re going to take this idea, this feeling, this emotion that we can all relate to, but it’s going to be kind of dressed up in this way which is sort of a bit more exciting, a bit more cinematic, whereas the Maidens of Mercury stuff is kind of starting in the same place, but it doesn’t have that fantastical, larger than life presentation, it’s just, ‘This is it.’ It’s kind of a bit more raw, perhaps.”

Young felt that he wanted to capture the odd circumstances that we have all found ourselves living through. The EP came from a very organic and emotional place. “Well, I felt so … just in the sense of wanting to share the music while it’s relevant. Because I know if someone had written a song that echoed how I felt, it would have been a big help to hear it – and part of the reason that I kind of did everything myself. I was motivated by being able to get this out as quickly as possible, because I didn’t want to wait like three months, and then the whole uptick has changed, and then the songs would be less meaningful.”

Life consists of 5 tracks, and Young walked us through the progression of the arc. “It had to be autobiographical of the last few months, because all of these songs were written within this time. There’s nothing that’s recycled from previous projects or ideas. And so, the opening song, The Messenger, sets the scene, and could be interpreted in a few different ways, but there’s something coming, and it’s going to change things.

“And then, Before the Madness is quite an on the nose portrayal of what’s been happening, and just, almost a bit of desperation, like a desperate cry, like before this all happened… I guess, for me, before this all happened I knew exactly what I thought my future was going to be, exactly what I was going to be doing, and what I wanted to do. And that was really one of the most difficult things. Everything became meaningless. Like, it became meaningless to look more than a day ahead, because things were changing so rapidly. And so, it’s kind of about that, and trying to get some control back, but how do we do that? And then, Slipping Away is, I guess, a bit further on – you know, we’ve had the event, we’ve had the immediate impact of it, and then Slipping Away is like, ‘oh, okay, well I’m kind of feeling a bit isolated now. How do I get out of that?’ Which then kind of leads up to Life, which is the last song on the EP, but the one that started it all, and that’s ‘we’re going to get through this’, the rallying cry. Things are pretty dark now, but it’s going to get better.”

He mused, “I don’t know why it was so important to do it. I didn’t want it to be too heavily about what’s going on. I was kind of a bit resistant to it, at first, because I thought people wanted an escape from this. I didn’t want to write, you know, ‘Covid, the Rock Opera’. But I’m very proud of it, my little babies, and I’m really excited to release it.”

The lyrics are insightful and compelling. Like all good poetry, they can be interpreted in many ways, as independent pieces. My favourite track on Life, Slipping Away, starts with an exposed, vulnerable vocal track. It builds in intensity, and intertwines with backing harmonies, and becomes a plaintive call of sorrow. Young describes recording that piece.

“That song in particular, it was really hard to record, especially the bit in the middle, because I was kind of like, I was choking up, just when I was doing, not even the main line, like the harmonies. I was getting so kind of moved, just singing all these parts… So it sounds like it could be a song about a lover, and like a tearful drifting apart, but it’s actually about not being able to see family or friends, and it’s so strange, because my mom lives in another country, which is about a two hour flight away, and my dad lives half an hour down the road from me, and kind of the distance was immaterial, because I can’t go and see either of them. And it was very strange, because I was thinking, I’ve seen my mom on the screen. My dad’s not really techy, so I call him. I’ve heard his voice, I can remember what he looks like. But I haven’t seen him for like four months. Or like some of my elderly relatives or more kind of distant relatives or even mates, and it was just that idea of just trying to hold on to the memory of how somebody looks, or what their voice sounds like.” It’s beautifully executed and expressed.

And what about HeKz? Never fear… “They’ve heard the other songs and little sneak peaks here and there, and they’ve been really supportive and getting involved in helping to share it around, and it’s really nice. And we are, you know, we are great mates. It doesn’t matter what happens, we still joke about … you know, Thursday, on Zoom, it takes about 15 minutes for us to get anything done, because we’re goofing around like teenagers.” He also dropped hints about an album coming from HeKz – but that’s for another conversation.

Lastly…the name of the project? Where did that come from? “I thought, well, I’d love to have it, if it could have my initials, to have an M and a Y. So I was thinking about all these words, like Myth, or Mystic, or all these other things, and they didn’t really fit, and they were all taken. And then I thought, ‘Why don’t I call it Mercury?’ Because there’s a bit of a Queen vibe to the vocals and stuff. And then it hit me like a lightning bolt, and it was Maidens of Mercury! I thought I could pay tribute to two of my great loves, and a quick Google search revealed that there was no band called ‘Maidens of Mercury’. But… there is a series of erotic sci-fi novels called ‘Maidens On Mercury’!” Well, that’s a completely different animal…

The bottom line is that Matt Young has boundless energy and creativity. His work never disappoints, and whether you’ve never heard his work before, or if you’re a devotee of HeKz, this EP is entrancing. It’s the kind of music you want to put on repeat, because each time you hear something different and new. The launch of the EP will be on 31 July 2020 – watch the social media accounts for details! See the links below for purchase information on Bandcamp. 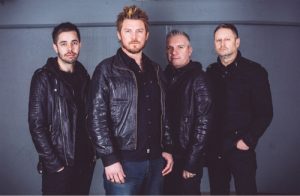 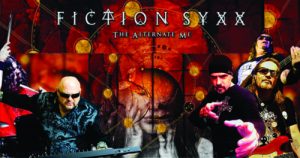