It is a joy to see that progressive music is alive and well and there are bands like Mantra that are pushing the progressive boundaries rather than settling for rehashing the past.

Let me start with a very minor gripe: the band’s name. Spotify identifies 35 bands/artists with this name and that’s excluding dozens of others which include the word “mantra” too. OK, it might be hard to come up with an original name after more than half a century of rock music but being a French band they had an opportunity to be creative using their native language!

This is Mantra’s third album, following on from 2013’s Into The Light and 2016’s Laniakea, both which could be characterized as progressive metal. Into The Light had more extreme metal tendencies with plenty of growling vocals (too much for my taste, I admit) while Laniakea has longer atmospheric passages and a more rounded progressive metal edge. Laniakea, by the way, has nothing to do with a similarly named Swedish self-assembly furniture store, and actually is the name given to the little corner of the Universe – consisting of a mere 100,000 galaxies –  in which we live. You probably get the message that Mantra like to think about big subjects and that theme continues with their latest opus, Medium, which questions the very meaning of life and touches on the interactions between reason and spirituality.

What we have on this album are three tracks of an identical duration: 17 minutes and 7 seconds, That in itself is intriguing enough to prick the interest of fans of progressive music. Let me begin from the end: the title track entitled Medium (there is a logic here so bear with me!). The opening section is quiet and atmospheric, with a quiet drumming rhythm a little reminiscent of Floyd’s Set The Controls For The Heart of the Sun. Pierre Junod’s vocals then enter – his diction is perfect, by the way – leading to a beautiful melodic turn on the line ‘Tell me who I am’. This gradually builds up and a new bass-led rhythm enters heralding the way for a brilliant metal riffs from guitarist Simon Saint-Georges to cut in.  At around the 7 minute mark this climaxes with Pierre Junod, sounding like Hammill at his best, screaming out ‘Am I just an empty shell?’ and other cheerful phrases before ending emphatically on ‘We turn into dust’. Heavy stuff! After that a mysterious middle section follows with the atmosphere of the introduction supplemented by shamanic chanting before a driving heavier extreme metal section takes over. This all leads to returns for the set of riffs and melodic phrases from the first section and a very powerful climax. This is a very impressively structured progressive metal song and the 17 minutes pass in a flash.

So, what about Body and Mind, the other two tracks? The first time I listened to this album it was without knowing the concept behind the album and therefore all I spotted was the frequent cross-referencing of themes and lyrics across the three songs. In reality, the construct is much tighter than that and if the two songs Body and Mind are played simultaneously then that produces Medium! In this way, the music also symbolically represents the duality of mind and body. If you want to look closer under the hood of how they’ve achieved this, the band offers the opportunity to follow the song online, switching between the three versions as you wish: https://mantrafr.com/medium/experience/

I’m not sure how the band went about writing the music but clearly this represented an enormous challenge. Well done to them though because Body and Mind can stand on their own and can certainly be enjoyed as individual tracks. In some ways, I enjoyed Mind more than Medium because some of the subtleties in the music such as the warm piano chords in the introduction and the quiet guitar-picking in the middle section are slightly lost in the detail of Medium. Likewise, it is only in Mind that you clearly hear the disconcerting and unexpected collapse of the music on the final refrain of ‘We turn into dust’.

As well as a brave and ambitious concept, this album is a big step forward for the band musically, showing an ability to write compelling and well-structured music, containing both light and shade that will please fans across the progressive, metal and even extreme metal genres. It is a joy to see that progressive music is alive and well and there are bands like Mantra that are pushing the progressive boundaries rather than settling for rehashing the past. 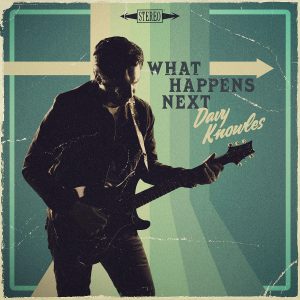 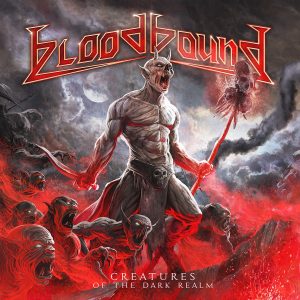