Mark Kelly, keyboard man with Marillion since almost the very beginning, has certainly lived a life less ordinary, and can justly claim to have a story to tell, including why he found himself standing on the ledge of a hotel window in Luxembourg and questioning his life’s choices; he’s been to the top of the pile, down to the bottom and back up to the top again, experiencing pretty much everything in between, as Marillion ascended to their place at the apex of prog rock. His story tells of how what was once a band of brothers came close to annihilation due to the usual toxic mix of financial ineptitude, ego, drink and drugs. It’s also a story of how guys who were friends for years and who dropped acid together – Kelly’s reminiscences of his first acid trip are hilarious – ended up disliking each other sufficiently not to speak to each other for a decade, not to mention flirting with the near edges of financial ruin.

Born in 1961 to a peripatetic Irish family, growing up dirt poor with a father who was refused a visa to move his family to the USA due to his perceived communist sympathies, Kelly’s childhood was one of constant relocation and sharing beds with his four brothers. Self-taught on the keyboard, his early experiments in music were conducted in the band Chemical Alice before being enticed to join a band whose name came from a Tolkien derivation, and who were to become the renaissance men in the blooming of a neo-prog revival in the early 1980s, which saw musical proficiency matter once again. They even had 14 year old Steven Wilson among the crowd in Berkhamsted in 1982. After several changes of personnel, with not all who left doing so of their own volition, meaning these changes weren’t always conducted charitably – as Mick Pointer will doubtlessly attest to, given he was ‘asked’ to leave the band he formed after the release of their debut album Script For A Jester’s Tear – they bring in a new drummer and finally settle on the line-up of Kelly, Fish, Steve Rothery, Ian Mosley and Peter Trewavas which will elevate them to unexpected stardom with hit singles, and ultimate prog rock supremacy with best-selling albums like Misplaced Childhood. Then, just when everything seems to be rosy, frontman and lyricist Fish leaves the band at the peak of their success in 1989. Why? See the reasons given above.

The presence of Fish … Derek Dick to his mother … looms large across the first half of this book, and his sterling efforts to get gigs, book Scottish tours, etc, helps the band get off the ground. Fish, however, has already made his displeasure known via social media as to how he’s been portrayed in Kelly’s book which, while he’s not exactly beatified as a saint (did he really talk to Steve Hogarth about the best way to ‘glass’ someone in a bar brawl?) the book suggests his mannerisms and conduct weren’t always exemplary. He doesn’t wholly disagree with what’s written, seemingly believing Mea Culpa is not only just a matter for him. Watch this space.

The role of fans in the Marillion story is pivotal as, without them, Marillion wouldn’t have got out of the nineties. Unable to get record company backing to tour the US, American ‘superfan’ Jeff Pelletier has the ‘tourfund’ idea, which raised $61,000 to enable the band to tour the US in 1997, and through ‘The Web’ fansite the band are able to sell merch and keep themselves abreast of developments. In June 2000 it’s Kelly’s idea to ask the 6,000 on The Web if they’d like to help Marillion finance their next album through an online pre-order. Virtually all agree, the band receive over 12,000 pre-orders, which generates enough funds to record 2001’s Anoraknophobia. They do a deal with EMI to distribute the album while keeping hold of the rights to their music. The same process a couple of years later sees 18,000 pre-orders and the band records Marbles. The word ‘Crowdfunding’ enters the lexicon in 2006 and, while not exactly a wholly new idea – Henry Cow did it in the 1970s – Marillion helped to make it a mainstream reality, meaning bands without a record deal could now make an album and/or tour. The band, as a thank you to the fans, organised a weekend at a holiday camp to reward them for their support, and the ‘Marillion Weekend’ was born, another step along the road to financial solvency.

For a band who ultimately become financially very savvy, leading them to help redefine the music industry’s business model, their inability throughout the 1980s to read and understand  contracts – leading them to sign deals which would make any self-respecting manager cringe – would come back to haunt them in a major way, almost bankrupting them at one point. The subtext of this book should be read as a story of how a band can have hit singles and albums, headline sell-out tours in different countries, bring in lots of money, yet have little or nothing to show for all their efforts. Didn’t it dawn on the band, when their  manager John Arnison was living in a mansion while they were seeing hardly any money, something had to be amiss? What would have happened had the fans not come to Marillion’s rescue?

Kelly’s story, entertainingly recited, is one of ups and downs with interesting insights learned along the way, and he concludes, during his time in Marillion, they’ve gone from being perceived as unfashionable throwbacks to being unlikely popstars, irrelevant has-beens as the money dried up, but then becoming innovators and respected veterans. Could they even become national treasures? 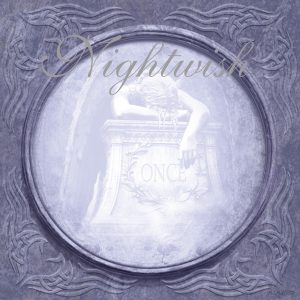 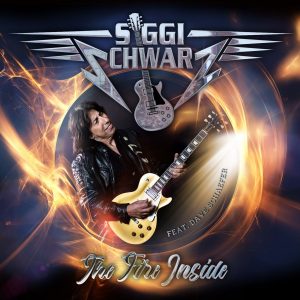