Massacre is a legendary name in death metal, with a history stretched as far back as 1986, so, believe it or not, the band celebrates its 35th anniversary this year. If you have followed their career, the conflicts, split-up, mud-throwing and drama between past and present band members have been almost a constant, and the state of affairs in 2021 should be explained a bit. The Massacre we are talking about here is a band featuring the two original members Kam Lee (vocals) and Mike Borders (bass), with the help of guitarists Rogga Johansson (Paganizer, Ribspreader and a ton of other bands), Jonny Pettersson (Gods Forsaken, Wombbath) and Scott Fairfax (Memoriam, As The World Dies), along with drummer Brynjar Helgeton (Crypticus, The Grotesquery).

This new reincarnation of the band is completely different from the line-up which released Back From Beyond in 2014, with Rock Rozz currently playing with The End and Terry Butler in Inhuman Condition (another Massacre reference) and Obituary. The present band logo is also not the one from the classic albums, but the one from the demos, so obviously, there is another copyright drama going on there as well. Are you totally confused already?

Anyway, the first cutting chords of opener Eldritch Prophecy is all we have hoped for – classic, total old school death metal, with the inimitable roar of Kam Lee, and a guitar tone straight out of the late Eighties. Sweet! The solo of Scott Fairfax is fantastic, and his great work with lead guitar parts shines throughout the whole album. Ruins Of R’lyeh and The Innsmouth Strain follow the rule book of classic Florida death metal and the lyrics, as you have guessed already, are total Lovecraft worship, just like in the good old days of From Beyond. All of the songs in this new album convince with the masterful playing of the musicians involved and the incredible work of Kam Lee behind the mike. This guy sounds as if he has just awoke from the most gruesome nightmare. It cannot be denied that this is the real deal and Resurgence sounds much more authentic and true to the classic Massacre sound, than Back From Beyond. This is what the fans have wanted and the guys have delivered. Just listen to the opening riff of Fate Of The Elder Gods – it’s all there and the fact that the guitar team is not made up of Tampa natives from the old days and still sounds so natural, is worthy of respect in itself.

The album features guest performances by scene legends like Marc Grewe (Insidious Disease, ex-Morgoh), Dave Ingram (Benediction), Anders Odden (Cadaver) andt the icing on the cake is the production work by Dan Swanö and the brutal cover artwork by Wes Benscoter (Slayer, Kreator, Autopsy, Vader). If you are among those of us, who have always regretted the fact that Massacre never released a proper follow-up to From Beyond, now justice has been done and Resurgence is finally a collection of songs that deserve to carry the Massacre brand. Well done, lads! 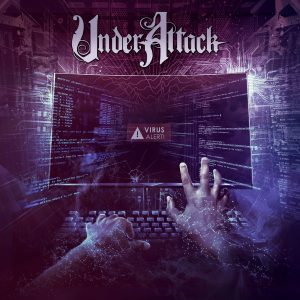