The sea port of Seattle on the West Coast of the United States has always had a rich musical heritage. Mention the city nowadays and the more recent memory is the grunge movement of the 1990s but dial back the years a little further and the bands ruling the roost were of a different breed entirely; prog-metal masters Queensrÿche were not far from headlining arenas and both Sanctuary and Fifth Angel held major cult status within the scene. There was another band that dominated the 1980s – Metal Church.

Originally formed in San Francisco by guitarist Kurdt Vanderhoof before relocating to his hometown of Aberdeen, Washington (ironically, the birthplace of Nirvana’s Kurt Cobain) the earliest incarnation of Metal Church went by the name of Shrapnel before switching back to Metal Church in 1983. This version of the band – Vanderhoof, Craig Wells on guitar, Kirk Arrington on drums, Duke Erikson on bass and vocalist David Wayne – is widely regarded as the ‘classic’ line up of the band. Originally recording independently, they made demo tapes as well as appearing on influential compilations such as Northwest Metalfest and Metal Blade’s ground breaking Metal Massacre. Metal Church took plenty of influence from across the Atlantic and particularly the New Wave of British Heavy Metal and bands such as Judas Priest and Accept. Never short of inspiring others, Metal Church would have some influence over the burgeoning thrash scene signing to a major label before many of their 1980s contemporaries. Despite being aligned with thrash, Metal Church straddled over a line and as much as thrash was part of their DNA it was through a prism of power metal – even before the term was really even known and making Metal Church something of a unique prospect.

Metal Church’s self titled debut was originally released on the independent Ground Zero Records, shifting 70,000 units before being snapped up by Elektra who reissued the album in 1985. Produced by Terry Date (Pantera/Soundgarden/Dream Theater) Metal Church still has one of the most ethereal sounds ever heard on a metal record and considering the time frame, it could be seen as primitive but looking back it was way ahead of its time. The drums especially are thunderous, the tone is just sublime but that is not at the detriment of any other instrument, everything is in its place and 36 years on Metal Church still sounds like an extraordinary album. From a song perspective, the band are bursting with ideas and the album feels like they are in a rush to get them out there but it is not fragmented or scattered, it is a breathless collection of individual moments and this is one of the elements that makes the album so special, it’s a white hot melting pot of creativity that is akin to jamming a cyclone into a bottle. From the super subtle guitar on opener Beyond The Black and Arrington’s snare as the warring solos before the main riff kicks in, and Wayne’s vocals are an upper jab to the chin. Metal Church take on the epic with Gods Of Wrath, a gentle vocal line that reaches a quick crescendo of heaviness. Instrumentals rarely inspire but Merciless Onslaught is a storming blast of early doors thrash, a electric concoction of drums and guitars that barrels out of the gate and never lets up. As much as it may be somewhat sacrilege for a band such as Metal Church to cover Deep Purple’s Highway Star, they were not afraid to show their classic rock roots and their version is a respectful riot as well as the perfect end to what remains an unmistakable and timeless classic of an album.

By the time of Metal Church’s second album The Dark released in 1986, the band had been touring with heavyweights such as Anthrax and Metallica, increasing their exposure as well as their thrash credentials. In comparison to the debut, The Dark was a more straight forward affair as to the production, still solid but the drums did not have that organic sound that was so unique and powerful on the first record, although Arrington’s performance is something to behold. Hardly a production disaster by any stretch, the album is still a devastating hammer blow of a record as to the sound. As to the actual material itself The Dark is no slouch, there are moments that kept Metal Church out of sole thrash territory and it was obvious that the songwriting was not a fluke skill just pulled off for one album and maintained their desire not to be painted into a corner. Vanderhoof really is a master of the riff and Ton Of Bricks remains an explosive opener, all buzzsaw guitar and frenetic tempo with Wayne’s powerhouse – if on occasions an acquired taste – vocals underpinning the poke in the chest warning of the chorus. Start The Fire is ominous mid-temp stomp. The commercial success of The Dark was bolstered by MTV rotation of the video for Watch The Children Pray, to this day a spine tingling sinister ballad which soars at the chorus. Back in the day there was “side one” and “side two” to a vinyl record and The Dark feels distinctive in this respect. With exception of The Dark which is something of a masterpiece, the remainder of the album is hit and miss. Apart from the time change in the mid-section, Psycho is heavy but monotonous and is brawn over nuance and while Western Alliance is a good track it just does not have the depth of other tunes on the album. Typical of its time for sure but The Dark still holds up well 34 years later and while not flawless, the ambition, sound and performance was still there and is still a must have album.

Vocalist David Wayne left Metal Church in 1988 to be replaced by Mike Howe from Heretic, who they met when Kurdt Vanderhoof produced their Breaking Point album in 1988. In a bizarre twist, Metal Church actually traded singers when Howe joined the band, with Wayne joining Howe’s former band mates who then changed their name from Heretic to Reverend. There was another line up change in that creative force and guitarist Kirdt Vanderhoof decided to take a step back from touring. While Vanderhoof was ‘replaced’ by James Marshall (guitar tech for Metallica’s Kirk Hammett and stand in for James Hetfield following skateboard/pyrotechnics accidents) but remained in the background as chief songwriter as well as contributing additional guitars. It was an enormous change for fans as Howe had a different vocal style, and the initial single Badlands, when taken out of context of the album did not initially bode well, although second single and album opener Fake Healer restored the faith somewhat. Badlands made heavy rotation on MTV and when Blessing In Disguise was released on 7 February 1989 it hit the Billboard 200 at number 75 – their highest until XI in 2016.

The band let go of thrash for a more hardened rock approach , which suited Howe’s voice, no less heavy but the ambition was undaunted and there was a progressive tinge to Rest In Pieces (April 15,1912) – and if the date is familiar then it is the date that the Titanic sank on its maiden voyage. The time changes as the story unfolds are captivating but as a song it is often overlooked in favour of Badlands and Anthem Of The Estranged – of the ilk of Gods Of Wrath and Watch The Children Pray but no knock off ballad that could be aligned with the sort of thing that the hair bands were throwing out in the late 1980s. There is also another pummeling instrumental in Its A Secret and the excellent Spell Can’t Be Broken is one of those throat grabbers with a catchy chorus. Despite the commercial success and fan veneration, initial critical response was pallid, although modern day critique has been far kinder to the album. For a new era, Blessing In Disguise continued to keep Metal Church on the map, the band had aspirations, were determined and not about to let metal’s side down. Few bands get to have one classic singer in their ranks – never mind two, and Blessing In Disguise was just the beginning.

Metal Church 1984-1989 The Ekektra Years is housed in a gatefold digi-pak and includes a mini-poster with the full page ad for The Dark album in 1986 with liner notes on the reverse. Both Metal Church and The Dark are in their own cardboard sleeves while Blessing In Disguise sits in the middle of the packaging sharing space with the folded poster. Each of the albums is remastered which when compared side by side with the original CDs is cleaner and punchier, especially on Blessing In Disguise. Bonus material is a tad thin although to be fair, it is whatever is available and while there are no bonus tracks on Metal Church, The Dark has a radio edit of Watch The Children Pray while Blessing In Disguise has radio edits of Badlands and Fake Healer. In a way, while fans may feel hard done to that the vaults have not been unlocked, it does keep this set in context and homed in on the releases themselves. With the 30th anniversary of Blessing In Disguise in 2019, it is fitting that the albums have been re-issued in a remastered form and bring the debut and The Dark along for the ride, and while some may turn their nose up at the lack of extras the real joy is having three incredible pieces of history re-released for future generations to enjoy and remaining essential listening for everyone around at the time.

Metal Church continue to tour and record to this day. Howe remained for two more albums – 1991s The Human Factor and 1993s Hanging In The Balance – before leaving following management issues. Metal Church reunited with David Wayne for 1999’s Masterpeace (referred to by Vanderhoof as “Disasterpeace”) and Wayne left the band for a second time in 2001. Metal Church recruited Ronny Monroe on vocals and released Weight Of The World in 2004. David Wayne died of complications following a road accident on 10 May, 2005. Metal Church released A Light In The Dark featuring a re-recorded version of Watch The Children Pray in 2006 in tribute to Wayne and followed this with This Present Wasteland in 2009 before abruptly breaking up. Metal Church re-formed with Munroe in to release Generation Nothing in 2013 before leaving the band to “pursue other interests”. In 2015, it was announced that Mike Howe would be rejoining the band 22 years after he originally left and they released XI in 2016 claiming their highest ever chart position. This was followed by Damned If You Do released in 2018. Throughout their history, Metal Church have dealt with many line up changes but the line up today consists of Mike Howe, Kurdt Vanderhoof, Rick Van Zant on guitar, Steve Unger on bass and Stet Howland on drums. Metal Church plan on releasing From The Vault in the US in April 2020. 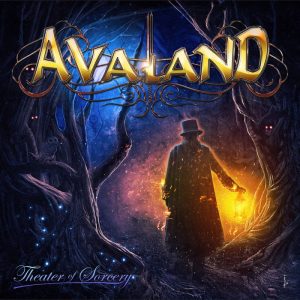 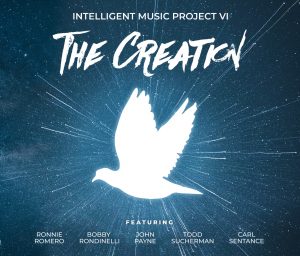