Michael Sweet is the singer and guitarist from the American Christian rock band Stryper and he was also involved with the melodic rock legends Boston from 2007 to 2011 and, yes you’ve guessed it, this is his 10th solo recording.  If you are yet to sample the wares of Michael Sweet then you are in for a real treat as he is a great singer, front man and a terrific guitarist too. Please do not be put off by the term Christian Rock, it’s only a name after all, as he and his band are purveyors of truly exceptional heavy metal with Stryper’s God Damn Evil from last year being as good as metal gets.

Ten is a hard hitting and intense album on which Sweet shows just what a talent he is with his incredible rock voice and stunning guitar work. It is a measure of his standing in the rock world that he has involved a quality list of guest including singer Todd La Torre (Queensrÿche), drummer Will Hunt (Evanescence), the highly respected bassist John O’Boyle and guitarists Joel Hoekstra (Whitesnake/Night Ranger), Jeff Loomis (Arch Enemy/Nevermore), Marzi Montazeri (Exhorder), Gus G. (Firewind/Ozzy) and Andy James. With these guys on board it is simply impossible to fail! Sweet has produced a classic metal album and he himself points to influences of Judas Priest, Iron Maiden, Dio and Led Zeppelin so what’s not to like? The lyrics are clever and true to his Christian beliefs and are nothing to be afraid of and if it does make you uncomfortable then concentrate on the music as this is a powerful metal album and every bit as vibrant as God Damn Evil. If you are a metal head then this album will surely meet all of your head banging needs as Michael Sweet is guaranteed to deliver quality rock music whether solo or in his band and Ten is as good an album as he has ever produced. 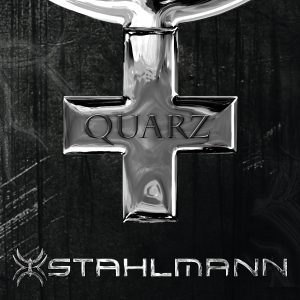