Mors Principium Est is a very well established melodic death metal band formed in 1999 in Pori, Finland by the singer/lead guitarist Jori Haukio, guitarist Jarkko Kokko and keyboard player Toni Nummelin with the drummer Mikko Sipola joining later in 1999. The new vocalist Ville Viljanen came on board in early 2000 with Haukio relinquishing vocal duties to concentrate on the guitar. However, it wasn’t until 2001 when the bass player Teemu Heinola arrived by which time the band’s first demo Before Birth was completed leading to a deal with a French record label. The band then released a couple more demos with the full debut, Inhumanity seeing the light of day in 2003.

Since then, band members have come and gone at regular intervals and now we have the latest album, Seven which is of course the band’s seventh release. Confession time, I have always had an issue with death metal and related sub-genres and, yes, it is the vocals. I simply cannot get on with the guttural growls and dark or dirty vocals and I have heard countless albums with amazing music and then the growls kick in and that’s about me done. I know we are all different which is why music is so wonderful and personal and because I do not like it does not make it bad but simply means it’s not for me. So when I saw the term melodic death metal my blood began to run cold but I pride myself on being fair and sat down with an open mind and, my goodness, I’m so glad that I did as this is an absolutely brilliant album from a supremely talented band.

There is so much happening here that you cannot help but be drawn into the dark and sinister world of Mors Principium Est in which the band blends and merges so many things that should not be merged. The music is some of the best progressive metal you will ever hear with guitar that is out of this world and filled with wondrous melodies but, paradoxically, it is also brutal, dark and cold and conjures up images of gothic graveyards covered in a sinister and suffocating mist, all very Hammer Horror! This is a most bombastic and heavy album but clever and subtle orchestration softens the edges and then when the guitars kick in it is perhaps more Queensryche than Children Of Bodom but, of course, the real difference is the vocals and Ville Viljanen has turned my world upside down as he does have dark and deep vocals but he is a real singer and a damn fine one too and the music is so much better for his dark and emotional delivery.

The band has drawn comparisons to the likes of Children Of Bodom, In Flames, At The Gates and Dark Tranquillity and they do play in a similar style but there is a pervading or should I say subtle difference as this is a band that can do subtlety and, at the same time, they still manage to bash your brains out with some brutal riffing and I’m not actually sure how they pull this trick off. A band of contrasts for sure but supremely talented and master song writers too so that you know you are hearing something special from a band that is nothing short of remarkable. As mentioned earlier, there have been many changes in personnel but the same dark, brooding but ultimately lifting music remains and I have never heard a band before that plays life affirming music but, seemingly, still wants to kill you at the same time, what a magical trick it is to be able to pull this off.

The numerous changes have left the band a little bereft of members and currently the band comprises of vocalist and producer Ville Viljanen and Britain’s Andy Gillion on guitars and programming with the material being written by the pair of them. The publicity doesn’t mention any other musicians being involved in the recordings although the band is supplemented for live performances by Iiro Aittokoski (drums), Lauri Unkila (guitars), Joni Suodenjärvi (bass) and Jarkko Kokko (guitars) and maybe some of these were involved too? However, it doesn’t seem that there will be any full time additions to the band in the short term. So, we’re all never too old to learn and I’ve now vowed to be a little more open towards death metal and melodic death metal in particular as this should allow the discovery of great bands that you would normally turn your back on.

I’ve also learned that Mors Principium Est is Latin meaning ‘Death Is The Beginning’ and this just about sums the band up. Please listen to this truly is an amazing CD and I’m now off to brush up on my melodic death metal knowledge. I doubt thought that I will find a band as fine as Mors Principium Est any time soon. 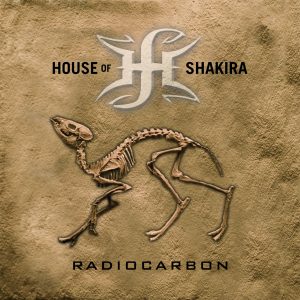