For seventeen years, Neal Morse, Mike Portnoy and Randy George (MPG) have been playing epic, grandiose prog rock together, recording numerous albums for Neal’s solo catalogue as well as three colossal works as part of the five-man Neal Morse Band. But the slick proggers also have a firm love of classic rock and pop music from throughout the decades; the kind with straightforward, streamlined arrangements and more emphasis on catchy choruses than extended sections of instrumental fireworks. Over time, they’ve proven keen to revisit these influential favourites of their youth, adding them as bonus tracks to their own original albums and later compiling them to form the first two Cover To Cover releases in 2006 and 2012, respectively.

The eleven track collection Cov3r To Cov3r is the latest in the series, arriving 24 July on CD, 2-LP, and digital, as well as all 36 cover songs newly remastered and spread over the new 3-disc Cover To Cover Anthology set. Boasting new artwork and track sequence, the monster compilation will also be available on all digital services. The trio tip their caps to a wide spectrum of artists on this latest volume, including a few more contemporary musicians they admire, but this is not to suggest that it’s jarringly eclectic for the sake of. They wisely stick to operating within the parameters of the rock and pop worlds, so you won’t find a country song next to an R & B song next to a big band swing number here. This is a cohesive, well-crafted album, rather than a haphazard collection of miscellany destined to gather dust on the shelves like so many ho-hum releases that have gone before it.

A cohesive, well-crafted album, rather than a haphazard collection of miscellany…

A spirited version of the early Yes track No Opportunity Necessary, No Experience Needed kicks things off beautifully (as the original did on its own album), with Randy and Mike locking into that fat groove and delicious Chris Squire bassline. Special guest vocalist Jon Davison helps lift the piece to the heights it requires, as obviously this one is out of Neal’s (or almost anyone’s) range. I’ve struggled in the past with Davison’s higher register on the Yes classics. He hits the notes, but has always seemed to be missing that indefinable aspect that Jon Anderson has, and the result has sometimes come across to me as a thin imitation. But he succeeds admirably here with a uncharacteristically ballsy delivery, and I found myself suitably impressed (I’m sorry, Jon, maybe it’s time for a reassessment on my part). Overall, it’s a strong rendition that loses none of the infectious vibe of the original, and serves as a reminder of just how powerful that young, hungry band was, back in those Peter Banks days.

From there, the guys launch straight into Jethro Tull’s Hymn 43, the bold, punchy Aqualung rocker that perfectly suits Neal’s range as he summons the vocal rasp to spit out those fiery lines the way the song demands. As evidenced by Teacher on the previous volume, these guys do Tull very well, and with the added bonus of Neal’s blazing piano playing, Hymn 43 is a major highlight, among the best covers they’ve done thus far. Life On Mars is a brave attempt at a beloved classic, and although it would make a great live performance, I’m not sure it entirely succeeds here. The one-of-a-kind Bowie had a unique ability to sound simultaneously powerful and fragile when he would burst into those unexpected high notes in the chorus, and Neal’s delivery is a bit more safe and tame by comparison. To be fair, I don’t think anybody could really do this song justice, but musically it’s well played and it’s still a pleasure to hear, even in a different key.

Gerry Rafferty’s Baker Street has the inverse issue: Neal is much more cut out for this vocal, and in fact it’s reminiscent in some ways of his own music – lyrically, too – despite his admission of not being a big fan of the song initially. He sounds terrific here, and also turns in some squealing guitar solos that give the track some added punch. But the not-so-secret weapon of this piece has always been that classic saxophone line. It’s played well here, the notes are all in the right place… but somehow it’s missing that hot, sultry feel that gives the song its edge and helps paint the sordid picture of the London underbelly. There’s also little room to breathe with Mike injecting three times the original notes and filling up the space in a piece that wasn’t really intended to be so crowded. That being said, these are armchair criticisms. Paying tribute is supposed to be a good bit of fun, and it’s not like they butcher the song (something I doubt they’d ever be capable of). For a Baker Street lover like me, it’s still a blast to hear. But like Life On Mars or a host of other classics, it can never really be equaled, and of course the guys know that too. I’m in danger of overanalyzing, so to sum up: it still sounds great.

Mike has always listed Ringo Starr among his favourite drummers, and as an obsessive Beatles junkie, it’s no surprise he would toss Ringo’s first big solo hit It Don’t Come Easy into the mix. And he does a bang-up job with it, singing and drumming as his hero did, and giving the album that same kind of vocal variety as the Beatles albums always had. You can usually count on Mike to provide this kind of bounciness at just the right moment, and this was the perfect choice for him. Baby Blue, the old Badfinger tune is a nice pick and well played too. Oddly enough, what I miss about the original is the sound of the recording itself as opposed to any differences in the performance. For some reason, there are songs that just suit a muddier early 70s production and the little pops and clicks of a 45 rpm single. But any cover worth its salt will prompt the listener to go back and check out the original again (or for the first time, even). And this choice did just that for me, both versions bringing a smile to my face.

A complete change of vibe follows with King Crimson’s menacing One More Red Nightmare. Well, they already stuck their necks out and covered Starless, one of prog rock’s absolute pinnacles, and they did such a swell job of it that Bill Bruford gave it his official stamp of approval. So why not pluck another track from the same album and give it a go? And once again, they knock it out of the park with a challenging piece they can really sink their teeth into. As mentioned earlier, nobody is expecting or suggesting that these original songs can really be touched, but one can only admire the ability these three guys have to fire off a song like this. Anyone who expects note-for-note carbon copies of every song is probably missing the point anyway, and it’s gratifying to hear their fantastic tribute to this dark prog warhorse, another major highlight here.

The curious one-two punch of Squeeze tracks (Black Coffee In Bed and the more well known Tempted) are chosen from different albums but when played back to back like this, they sound born for each other and provide a nice balance to the tone of the preceding Crimson piece. There’s an airy, melodic buoyancy to bands like Squeeze that the MPG chaps acknowledge, playing the songs with a healthy dose of respect for the artful pop sound of the early 1980s. Strange as it might sound, not every band is able to pull off this kind of material well.

A rocking and surprising choice next with Tom Petty’s Running Down A Dream. Again, Mike has had several cups of high-octane Starbucks before recording his drum parts, but here the busier playing is more infectious, with the whole band dialing up the energy levels and really turning in a blistering performance on a song more befitting that approach. Hopefully they toss this one into a live encore in the future. If not the most elegant way of phrasing it, it is accurate to simply say: it kicks ass. The guys shift gears again to end on a positive note with a smashing rendition of Let Love Rule, Lenny Kravitz’s flower power-instilled anthem that closed out the 1980s and remains ever relevant in today’s troubled climate. Neal’s lead and Mike’s backing vocal delivery on the chorus prompts an ear-to-ear grin, and they couldn’t have chosen a cooler song to close out this collection. Kravitz is one of those rare artists who achieved massive success and exposure, yet still seems undersung, somehow. The tribute to him here should remind people of just how good he really was.

To those who appreciate what these three musicians create under their own banner, each volume of this anthology is a charming and welcome look back at some of the music that shaped them in their formative years and beyond. It’s a bit like revisiting the halcyon days of radio, for anyone who remembers when radio was actually worth tuning into. At its core, the Cover To Cover series is an engaging and entertaining listen, and I’d happily absorb three more volumes of this stuff if they felt inclined to churn them out. The warm, familiar sound of these three pals strapping on their instruments and bashing out some favourites provides a repeat listening factor not often found on such tributes. And if nothing else, these renditions prompt us to rediscover songs or artists that have been pushed to the back of our minds for far too long. 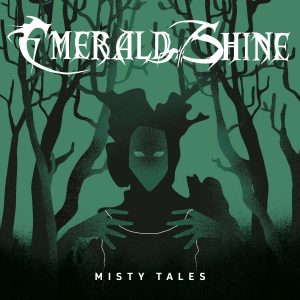