Tonight was an occasion. A life-affirming, shared occasion between band and audience. And it will not be easily forgotten.

Over the past few years, since first playing at the Citadel with the Classic Rock Society, it’s fair to say that Mostly Autumn have fallen in love with the venue, immediately including it as a ‘must-play’ stop each year when they tour the country. When the news was announced that the venue would sadly be closing its doors at the end of June, the band wasted no time in making sure they could fit in one last show to say goodbye to the historic old venue (it was a theatre as far back as Victorian times, and has a fascinating history – for another time!). The venue was also where the band played on the very day they heard of the death of close friend and former member Liam Davidson, so it is clear that this was an event which would mean far more to the band than ‘just another gig’. To add to this, it also happened to be the final show ever promoted by the CRS, with whom the band had always been very close, and the date secured for the show was the day before the venue closed, and the very last rock show held there.

Right from the opening song, the epic Sight Of Day, it was obvious that band and audience were in an equally heightened emotional mood, and it quickly became one of those rare but glorious events whereupon they feed off each other, and take things to ever greater heights. When Bryan Josh dedicated The Last Climb to the closure of ‘this wonderful venue’, there was a palpable sense of loss and yet also celebration in the air. Closing the first half of the show (no support for this one!) with a lengthy and powerful Mother Nature, we were promised some ‘new material’ for the second half. And boy, did we get it.

The latest album, White Rainbow, is written about, and dedicated to, the life and tragic passing of Liam Davidson, a work which had been brewing right from that fateful day when the band bravely played a magnificent show at this very theatre only hours after hearing the news, without breathing a word. The album itself is a tremendously personal work, yet at the same time covering universal themes of grief and loss, and is one of the band’s greatest achievements. Coming back for the second half of the show tonight they performed almost the entire album without a word, simply letting the music, and the feelings, do the talking. Individual tracks – such as Burn in particular – stood out as being transformed in the live setting into magnificent progressions from their recorded counterparts, but it was the soul and emotional depth of the overall arc of the material, and the intensity of the performance, which really set the hairs tingling. When the band concluded the performance of the album, the ovation they received seemed like more than a mere response to the music, and more of a shared outpouring of a connected sense of catharsis. Visibly moved, the band went into the final song of the set proper, the inevitable Heroes Never Die – for so many years always dedicated by Bryan to his late father, but now assuming extra, and even more profound significance. It was an astounding performance.

There could be only one encore – the deeply touching Forever And Beyond. Introduced as the encore number on that day of Liam’s passing, on this occasion it seemed to encompass every emotion, from the shared respect for Liam to the closure of the venue and the connection with this audience, so many of whom have attended show after show here and have adopted the band almost as their own.

The band admitted after the show that it had been very special, with audience members expressing the same, and some long-term Mostly watchers went on to declare it over the following days as one of the band’s best ever performances, and best ever crowd connections. There were specific things to comment on – the always stunning voice of Olivia Sparnenn-Josh, the superb way in which Henry Rogers has fitted into the band since his arrival and the continuing joy of having Angela Gordon in the line-up again after a considerable time away. And of course, the always exceptional guitar work of ‘Mr Mostly Autumn’ himself, Bryan Josh. But tonight was about more than those details. It was about more than any one song.

Tonight was an occasion. A life-affirming, shared occasion between band and audience. And it will not be easily forgotten. 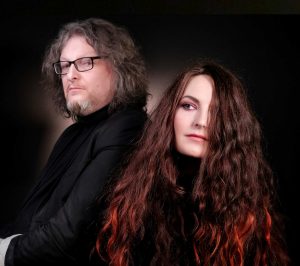 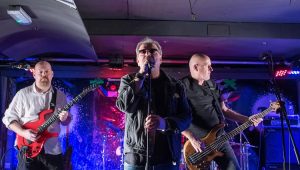