It has been easy to wave off Mushroomhead. Eight people with masks – and in their early days – boiler suits. Have we not seen this before? The constant comparison with Slipknot has dogged the band despite history showing that Mushroomhead pre-date the Iowan mob by a couple of years and have a more alt. rock/electronic/industrial edge to their music.

As well as the visual theatricality, Mushroomhead sonically were always aiming for the more avant-garde and musical adventure, leaning towards atmosphere over metal bludgeon. Spawned in Cleveland, Ohio, the band released their first three albums on their own label which created something of a buzz. Considering that the band was initially supposed to be a side project and in order not to detract from their other bands, their world was to be incognito. In the early ’00s, Mushroomhead were picked up an independent label to release XX, a compilation of earlier works but with 40,000 units sold, this garnered the attention of Universal Records which saw a remastered version of XX released in 2001 which led to international attention and tours.

In 2003, Mushroomhead had major success with their XIII album which was not hindered by something of a hit song in Sun Doesn’t Rise. With the Headbangers Ball airplay and the track featuring on the long awaited slasher/serial killer face-off Freddy v Jason movie soundtrack saw the album debut on the Billboard 200 at no. 40. There has been numerous line up changes, although the core of Steve ‘Skinny’ Felton and Richard ‘Stitch’ Thomas has remained, Mushroomhead has seen one of their vocalists, the formidable JMann (Jason Popson) leave, replaced and come back again. And then more recently, front man and vocalist Jeffrey ‘Nothing’ Hatrix also left. At first, Nothing’s departure felt like a considerable blow but one listen to A Wonderful Life shows that they have found a solid replacement in Mr Rauckhorst.

For any band that has a visually arresting image and live show it is not an easy task to convey this in recorded music but the multi vocalist approach – JMann’s more rough low end and the tendency to have styled raps against clean singing has always been central to the Mushroomhead dynamic. The band has never been short of the occasional female vocal in the past but A Wonderful Life does see Ms Jackie (Laponza) become official as a member and makes more appearances than on previous album, 2014’s The Righteous And The Butterfly. This is a good move and with bedding in the other new vocalist Mr [Steve] Rauckhorst, this offers an opportunity to diversify as this new vocal coalition fleshes out the sound and is one of the high points of the album.

A Wonderful Life is a good record and it is stacked with some solid songs. It cannot be argued that Seen It All is a major earworm on that chorus, the slap-bass and some solid double kick work courtesy of drummer Felton add those noteworthy touches and proof that when Mushroomhead are on point they can really knock it out of the park. The Heresy slows it down somewhat with a lead vocal from Ms Jackie sharing centre stage with JMann’s whispered gruffness What A Shame lends itself to something of a confused circus like traipse through jaunty guitar and harpsichord stabs which does have its moments. Pulse is another memorable track but a tale of opposites in Ms Jackie’s intro vocal and some huge and beefy riffs although the left turn of the chorus is something at odds with the rest of the song. Carry On is another stand out cut where the two clean vocalists keep it smooth with some harmony and a wonderful low level JMann appearance which adds some darkness into the light of the chorus with the bridge adding surprising soar to the vocals. It’s the contradictions that are this album’s strengths and its weakness.

A Wonderful Life aims to deliver variety and it does this with some gusto but it can undermine the material at times. When it works it is terrific and Seen It All and Carry On is real evidence of that and there are number of tunes that have intriguing moments, a plethora of ideas but some head scratching tangents and it is possible that some tweaks may have turned those ideas into great songs. As an expertly produced album (courtesy of drummer Steve Felton), there are some odd quirks. There are very familiar elements such as the keyboard sweeps but they feel slightly buried at times. On opener A Requiem For Tomorrow they are barely audible on the verse but well mixed for the chorus. Maybe this is entirely deliberate but straining the ear to eke out a detail that is there just feels very strange when it fits the dynamic of the song. When it is good it is really good such as the piano on another brilliant standout of The Flood. At times, there is so much going on across the record and such a wide variety of material that the fluctuation between a great song and another that needs more listening for it to nestle is quite stark at times.

At 71 minutes, this is a long album and this can exasperate the frustration when Mushroomhead clearly have plenty of ideas and some good songs that could have just done with some refinement to make a truly great album overall. Always a band looking to experiment and play to their own rules – which is never a bad idea – and one of the great aspects of Mushroomhead is that straying from the path and bringing oddities to the table that get under the skin. With A Wonderful Life it is not like the ideas are thrown around with wild abandon or that the band do not have any ideas at all – far from it – and with some refinement could be a real powerhouse in experimentation and exploration. 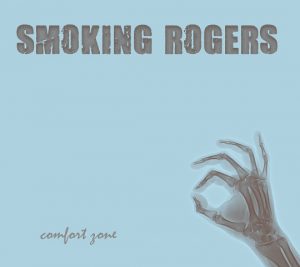 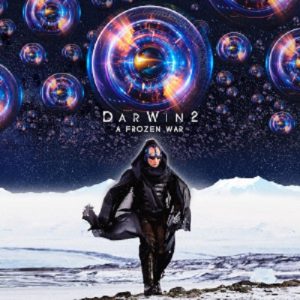