The mysterious Nordic Giants emerge from hiding with their second studio album simply entitled – Symbiosis, set for release on 4th February 2022. This follows on from the success of their debut album – A Sèance of Dark Delusions and their documentary / soundtrack project – Amplify Human Vibration.

Symbiosis represents the interdependent relationship of all life. The union and blending of polar opposites, the harmony created when two different elements combine, not just in nature or in a philosophical sense, but at the root creative level. This collection of songs blends light with dark, moments of ambience with power and the subtle with the mysterious – themes that Nordic Giants continue to experiment with over the years.

Rôka and Löki state “We start with a pure idea, we take all the emotions that live inside us,  that are buried deep within the sub-consciousness mind and give them the opportunity to shine through in musical form. Much like our first album – Symbiosis is a multi-layered album, It’s going to be hard to understand the depth of emotion, or spirit of the album on the first listen or even the second. But hopefully even on the 100th listen there may still be new layers revealing themselves to you.”

As a whole, the album encompasses a broad tapestry of weird and wonderful sounds, from vintage analogue synths, Tibetan bowls and even a Carnyx horn, to some familiar guest vocalists in the form of Alex Hedley and Freyja – adding their haunting and ethereal sounds on top of what what is predominantly a multi layered instrumental album.

These symbiotic themes of union and interdependence don’t stop just with the music, but are continued throughout the album artwork. Working closely with photographer Neal Grundy, they had many discussions of which material combinations and elements would help symbolise the message. By combining different paints into water they were able to photograph and capture some amazing results, which can only be described as an interlacing synergy of the natural with the supernatural.

Symbiosis, which includes the studio album and live tour – aims to pay homage to 10 years of Nordic Giants live performances & music, and as those who have seen the live show will attest, it is a visceral experience that goes far beyond the normal descriptors. Each mind-blowing performance involves a selection of hand picked award-winning short films projected alongside the music, and each are a work of art by themselves. Whether live action or animation, experimental or narrative, each resonates and will stay with you in its own way.

Seeing Nordic Giants has been described as akin to a religious experience: the multi-screen visuals, powerful strobes and exquisitely timed accompaniment create a whole that is far greater than the sum of its parts.

Tickets are now on sale now for the 2022 UK tour with Årabrot, which will include songs from the new album, as well as a mix of older songs spanning the last 10 years! Expect Brand new films as well as some older classics – to shock, awe and inspire!
Rôka and Löki state – “Imagination can take you anywhere and we hope this album & tour will transport you to otherworldly places!”

“They make a sound as if they were Sigur Ros’s more epic, cinematic and majestic siblings”– The Guardian

“They are in their element on stage, combining the grandeur of their music with short films, and making creative use of the live space for a full immersive experience.” – Metro 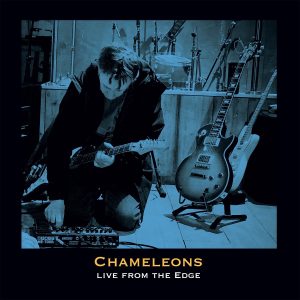 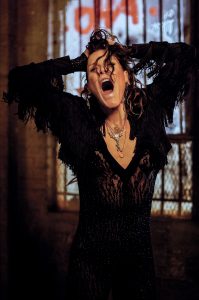