Many people quite rightly sat up and took notice when NorthTale was born, a veritable power metal supergroup with the musicians and talents surely destined from greatness. Certainly the debut album, Welcome To Paradise, which came out in 2019 was a phenomenal rock album but what many of us didn’t realise at the time was that all was not paradise within the band itself!

The catalyst behind the group is Brazilian-American guitarist Bill Hudson, a musician with a host of power metal credits to his name but he always wanted to form his own band which he finally did with NorthTale. He soon brought in a wealth of talent in Christian Eriksson (ex-Twilight Force) on vocals, Patrick Johansson on drums, Mikael Planefeldt on bass guitar and Jimmy Pitts on keyboards with Welcome To Paradise being the fruit of their efforts and a great power metal album it is too and you would never guess from listening to it that there were storm clouds brewing. Eriksson subsequently left the band in 2020 due to the usual ‘artistic differences’ and Hudson set about finding a replacement singer which he did in Brazilian Guilherme Hirose who came in from the band TraumeR. The breakdown between Hudson and Eriksson must have been a big one as it actually led to Hudson relegating Welcome To Paradise to demo status and him actually now seeing Eternal Flame as the real debut of the band, interesting times indeed.

Eternal Flame has all the power and bombastic delivery of Welcome To Paradise but it has far more orchestration with a real sound of the Trans-Siberian Orchestra which Hudson has been involved with plus a keyboard heavy approach similar to, say, Artension and then a very healthy dose of Helloween to make for a far more symphonic power metal than before. I was really disappointed when I heard that Eriksson had moved on but Hirose has stepped in and comfortably picked up the reins and he truly is a powerful singer with a great voice and huge range, once again the South American singers are suddenly becoming a real force in the world of metal!

In truth, Eternal Flame is a more interesting album as it simply has more to offer and is actually quite diverse with some Brazilian samba rhythms finding their way into the music with Land Of Mystic Rites initially sounding a little out of kilter with the rest of the album but then everything falls into place and the Brazilian effect certainly brings something new to the recording. Due to Covid, the album was recorded in separate studios and then fitted together like some immense jigsaw so the next big step is for the band to get together for those essential jamming sessions that will be crucial for future material and, hopefully, live gigs. All of the musicians have performed heroically and praise must also go to producer Dennis Ward of Pink Cream 69 and Unisonic fame for the work the he has done is helping to shape the final product. There is a nice treat in the cover of the Iron Maiden track Judas Be My Guide from Fear Of The Dark which gets the full NorthTale treatment and then there is a guest vocal from Kai Hansen (Helloween/Gamma Ray) on Future Calls which also features Kai’s son Tim on the accompanying guitar solo.

Whether you consider this the debut or album number two is up to you, I still love Welcome To Paradise and will continue to play it regularly and it does share much in common with Eternal Flame but the orchestration is enough to make the albums cousins rather than brothers if that makes any sense to you. In any case, NorthTale is a wonderful new band giving a slightly different take on the power metal angle and the new album is a real stunner. 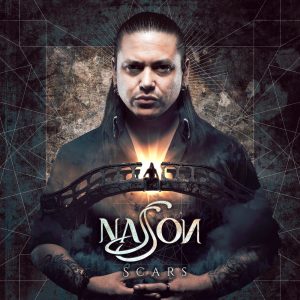 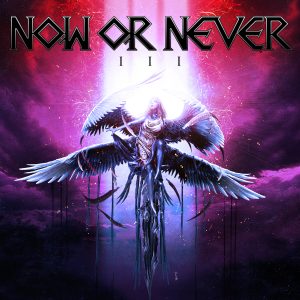