Highly rated proggers Nova Cascade are to release their third album Back From The Brink on September 9th. Following on the heels of their previous album, the well-received A Dictionary Of Obscure Sorrows, the album has been quite some time in the making, with frontman Dave Hilborne commenting: ‘Work on this album began in January 2020. At that time I had little inkling of just how relevant the title would become!’

Nova Cascade was formed purely by chance in the May of 2017. Three musicians(also avid gamers)who until that point had no knowledge of each other were on a gaming livestream. The conversation inevitably turned to music – and to cut a long story short, the trio decided to experiment by attempting to write together. All came from very diverse musical backgrounds so whatever would be born from this collaboration was destined to be different at the very least!

The first track, Continuum, was launched on May 11th 2017. The response among friends of the trio was overwhelmingly positive. The vibe being that ‘you simply must continue’! Airplay and other media coverage followed, and a small but loyal fanbase was established. Every release was greeted warmly & the band achieved three number ones in the UK’s ambient chart. Two albums and four years later Nova Cascade are preparing to launch their highly anticipated third album. The music they produce has been described as ‘ambient/progressive’,’very melodic’ and ‘haunting’.

Tag: Back From The Brink, Nova Cascade 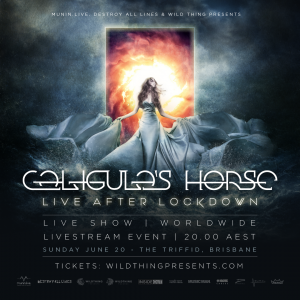