An eclectic mix of soul, pop, folk, blues and gospel, with a healthy dose of the bayou thrown in…

Now, I know there are loads of you ageing punks out there, trying to remember what possessed you to buy Captain Sensible’s unexpected rendition of Rodgers and Hammerstein’s Happy Talk and wondering what happened to the other former members of The Damned. I can tell you where drummer Rat Scabies went at least – after several collaborations, including a spell with Neville Staple of the Specials, he was a founder member of a punk outfit called The Mutants, which recorded three albums during the last decade and also included a multi-instrumentalist named Chris Constantinou, whom you may possibly remember from his days in Adam And The Ants. Eventually, Chris and the Rat splintered off to form their own duo named One Thousand Motels, which presented the world with an album named 2% Out Of Sync last year. Now the duo is back with their second offering, the brilliantly titled Get In Where You Fit In, because this really is an eclectic mix of soul, pop, folk, blues and gospel, with a healthy dose of the bayou thrown in.

They have recruited a sizable cohort of guest musicians, but the whole, bubbling stew revolves around the extraordinary voice of former Mutants collaborator Sean Wheeler from Throw Rag, best known for his work with Josh Homme of Queens Of The Stone Age. Wheeler clearly gargles with carpet tacks every morning, (please DO NOT try this at home), his rasping, sandpaper voice giving everything a loosely raw edge, but don’t be fooled – this is a super collective, with loads of detail going on in the background all the time, aided and abetted by a cool-as-you-like horn section and the seriously righteous First Street Choir. The brilliant (and to my mind, heavily underrated) blues harp player Steve Weston bolsters the bluesier numbers, and the mix is pin-sharp.

Subversively though, the set starts off with the two least commercial-sounding numbers on the album – the mostly spoken-word lament that it’s not much fun, When The Rabbit’s Got The Gun, completely fizzles on the words, “Dinner’s ready…”, after which, the Dr. Feelgood-influenced minor-key 12-bar Dark Harvest is packed to the gunnels with werewolf howls and growls. Then suddenly we are in the hands of a serious soul band, with Brand New Headline featuring girly backing vocals, some serious Blues Brothers riffage and groovy bass, followed by the soulful boogie of Reel Me In, a genuine highlight of the set in this writer’s opinion. God Is Good is tinged, not surprisingly, with gospel, but then Spirit Flies Free smacks of a southern chain gang; a bayou blues with atmospheric guitar work channelling Mark Knopfler to a tee. There is another humid, grooving blues called Sing A Long, (come on guys, sort out your grammar – it should be Sing Along, two words, obviously), then Somewhere Else is a maudlin, end-of-evening ballad with a sweet sax solo and a lot of oooh-aaah backing vocals.

In total contrast, the next song is the most up-tempo number on the album, the full-on rocking gospel of Zion, followed by Tell Me, a dead ringer for the old standard Iko Iko, with a nice salsa trumpet solo – you can almost smell the sangria. A couple more highlights follow, in the rolling, 12-bar piano/harp blues of Let Me Know, followed by a tremendous, full-on soul, anti-war protest song in Blood Makes The Grass Grow Green. Back to the Dr. Feelgood vibe for Temptation, then the ‘60s pastiche Count On Me, which could almost be Showaddywaddy, with twangy, reverbed guitar. And that just about brings us to the end, but for a final stupendous effort with Never Forget, another chain-gang blues with acoustic slide guitar and clapping for the percussion. It conjures up a prairie campfire, but still somehow manages to include the full gospel choir; some electric, overdriven slide guitar gradually works its way in, before the We Will Rock You rhythm works up to a sudden stop.

That’s 15 tracks in 44 minutes, which means the next twist or turn is always just around the corner. An incredible mix of every style going, weaving an intricate web that somehow also manages to stay close to a common theme, bound by that extraordinary voice. I loved this. 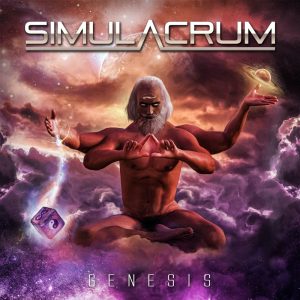