…this release captures the band perfectly in a pivotal moment in their rise to stardom.

It may be a coincidence but the key turning point in the fortunes of Orange Goblin seems to me to be the departure of one of the two founding guitarists, Pete O’Malley in 2004. To that point, the band had released four albums of heavy metal with strong space rock and stoner influences. With O’Malley gone, those space rock and stoner influences disappeared and their next release Thieving From The House Of God album was much more of a pure heavy rock affair. Just listen to the blistering opening track (Some You Win, Some You Lose) and you sense a newfound focus of the band.  A year later in 2007 the band confirmed this trend with their classic Healing Through Fire release. It’s an album that has always been rated highly by fans, so much so that it was already rereleased in 2014 with the addition of a couple of live tracks from a gig at the Mean Fiddler in London. Now, thanks to Dissonance Productions, the heavy metal arm of Cherry Red Records, we get a further rerelease with the bells and whistles treatment: a double-CD release which includes the full Mean Fiddler concert, a BBC radio session, several demos, and the original album of course. What a treat!

For those readers not familiar with Healing Through Fire, it’s like……..well, most other Orange Goblin albums since Thieving From The House Of God actually. It’s in-your-face heavy metal, driven by some ferocious guitar riffs from Hoare (it’s hard to believe they were one guitarist down!) and even more ferocious vocals from Ben Ward. One characteristic of those early Orange Goblin albums was that they made an immediate impact by leading with a storming opening track and there’s no exception here with the brilliant Zeppelinesque riff of The Ballad Of Solomon Eagle. Another characteristic was to close matters with a long track and they do likewise here with the wonderfully titled Beginner’s Guide To Suicide. It’s a rather atypical track, soaked in the American Blues; a sort of modern day version of In My Time Of Dying. Between these two tracks, there’s a fine collection of stomping 70’s-fused heavy rock. While it’s not a concept album, most of the lyrics circle about life in London during the bubonic plague or the Great Fire (good cheerful stuff!) and that does give the album a nice coherent feel to it.

The second CD consists of the full gig played at the The Mean Fiddler on 16th December 2006. At various points, we also get short audio clips of the band members chatting about the Healing Through Fire album. While interesting, it is rather strange that most of the clips are over tracks that aren’t on that album! You certainly wouldn’t describe the group’s studio albums as anything but heavy but the production does sometimes make their music sound a little more polite than it really is. Listening to the band in all their high-octane glory is a much more visceral and compelling experience though. The opening Some You Win, Some You Lose sets the stage for several classics including Quincy The Pig Boy and Getting High On The Bad Times. It’s relentless and powerful stuff. Recognising the need for a breather in the set, the band also cleverly slow the pace down with the mid-paced Hot Magic, Red Planet and Round Up The Horses. Despite the gig being several months prior to the release of Healing Through Fire, we get two tracks from that album – yes, you guessed: The Ballad Of Solomon Eagle and They Come Back (Harvest Of Skulls), with the former impressing more than the latter which came across as slightly sluggish to me. I was very impressed by Ward’s vocals – there’s no loss of power or tome compared to in the studio and he makes Lemmy sound wimpish. Ward’s interaction with the audience during the gig is relatively limited although for The Ballad Of Solomon Eagle there’s an entertaining introduction to the real-life character that the song is named after. As the band launch into the set closer Scorpionica, Ward says farewell with a perfunctory ‘Merry Xmas everyone, see you in 2007’. If you’d told him that by 2021 Orange Goblin would be marking their 25th anniversary by playing the main stage at Bloodstock then he’d probably have laughed in your face. There’s something raw and honest about this music – it’s just straight forward no-frills heavy metal with no pretentions. There are hundreds and thousands of bands out there playing similar music, but Orange Goblin have had the quality and persistence to rise towards the top and this release captures the band perfectly in a pivotal moment in their rise to stardom. 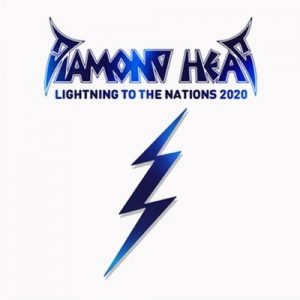 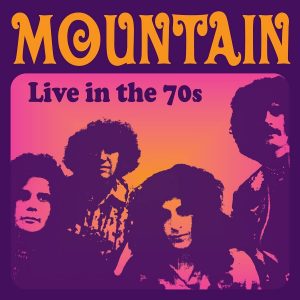