Curious was the news that P.J.A. Hammill, esteemed and prolific British songsmith, had announced at the age of 72 that he was releasing an album consisting entirely of other people’s compositions. What should not come as a surprise is that he has deftly spun this hodgepodge of music into effectively a new ‘solo’ album. In Translation arrives as a unique collection of artistic tributes fragranced with Hammill’s own character and perspective, and shaped to form a cohesive whole with – in his own words – ‘a Fellini-esque aesthetic’.

Although immune to the periods of lesser-quality output that so befell many of his contemporaries (his is a remarkably consistent catalogue for its size), the enigmatic Hammill has seemed notably inspired over the last twenty or so years, delivering starkly beautiful and poetic volumes of impassioned works with clockwork regularity. While longtime chum Peter Gabriel hasn’t managed a proper new studio album since 2002, Hammill has crafted at least a dozen in that time, betwixt a hulking solo career and his concurrent band Van Der Graaf Generator. But in the rocky and uncertain climate of 2020, the disquieted artist found himself in unfamiliar headspace: unmoved to write, but needing to create.

Hammill’s unorthodox song selection was to be expected. It would have been more of a curveball had he chosen even one of the tired anthemic warhorses more commonly associated with so-called ‘cover albums’. Even the man himself was unaware of several of the pieces before starting this project, so we can take comfort knowing we are not as uncultured as we may have feared upon seeing the track list. Furthermore, only three of the ten choices were originally in English, with the multilingual Hammill doing the translation grunt work himself – an experience not unknown to him from other projects: ‘My approach has always been to make cultural rather than strictly linguistic translations’ notes Hammill, ‘so that the spirit of the song rather than its precise narrative is rendered and I’ve continued to use that method here.’

As any recent concertgoer can attest, Hammill’s age has not eroded his incredible power or immense range. He maintains the ability to dart from angelic choirboy to shrieking maniac in a split second, crooning tenderly or spitting venom with equal ease and emphasis. But the overall tone of In Translation is more subdued, a blend of themes which seem to cater to the worldwide sense of loss and isolation so familiar of late. Variety abounds, but operates within gentler and more intimate parameters, without the space or need for such histrionics harnessed in tracks like Arrow or Betrayed. It’s more in keeping with the elegance Hammill has brought to much of his late-stage career, and despite delivering sentiments from the hearts and quills of others, he bares his own soul in this process – with quiet melancholy one minute and dramatic flair the next.

Low-key opener The Folks Who Live On The Hill is a 1930s ballad made most famous by Peggy Lee. A pretty picture is painted of a charmed and happy home life, but Hammill brings a touch of sad irony to the piece by allowing us to view its innocence through a modern lens, revealing that such an idyllic existence was not a guarantee past the generation it was written for. He accomplishes this by simply allowing the lyrics to speak for themselves, with listeners reading between the lines, perhaps guided by the newfound mood of this version.

Echoed vocals usher in an eerie shift in tone to Hotel Supramonte, Fabrizio de Andre’s folky 1981 composition following his abduction and release from captivity (something of a leap from covering Satisfaction or Brown-eyed Girl…). Likewise with Luigi Tenco’s poppy and upbeat Ciao Amore, which Hammill fittingly slows down and alters to a minor key, reflecting the sad story of Tenco’s mysterious suicide upon learning the song had been eliminated in a famous Italian competition. Strange tales, these! Hammill also bends the feel and focus of I Who Have Nothing by distilling the piece and accenting its creepy core, rasping ‘I Love You…’ like some unseen spectre. He states, ‘Really it’s as much the song of a stalker as of an abandoned or lost lover’. Certainly not the approach Tom Jones took to the song, to say the least.

A more familiar track to Hammill and listeners alike is This Nearly Was Mine from Rodgers and Hammerstein’s beloved South Pacific. He plays this one fairly straight, employing piano and strings, and a typically yearning, wistful vocal. It’s an inspired choice in its simplicity, and I must say I’m thankful he went with this one over I’m Gonna Wash That Man Right Outa My Hair.

A delightful gravelly and nonsensical vocal is another unique approach during the climax of album highlight Il Vino, Piero Ciampi’s sultry love letter to that most Italian of potables – and a track I found myself compelled to return to time and time again. It’s a darkly charming and memorable piece, and I owe Hammill a debt of gratitude for having introduced me to it via this new rendition – seriously. Two pieces by Argentine tango composer Astor Piazzolla are given the PH treatment as well: Oblivion, here in its more well known (though translated ) vocal version, is a perfect example of those ever-robust pipes I mentioned earlier, and the odd, striking Ballad For My Death seems like something he would have written himself; with hindsight an almost obvious choice, given his penchant for such terminal subject matter.

Finally, two classical pieces are re-worked. The ornate sensibilities of Gabriel Fauré’s After A Dream could be off-putting to some, but it’s worth noting that Hammill himself is no stranger to such wordplay, and in fact some of the most effective pieces he ever composed were made of such stardust. ‘I’ve tried to make the sentiment of this lovely Fauré song slightly more contemporary’, notes Hammill, ‘but it’s still the story of waking from a dream and wishing that one was still there inside it. Very much part of the experience of 2020 under lockdown.’ Gustav Mahler’s Lost To The World closes out the album, but was the first piece Hammill worked on for the project – and it acts as an aesthetic bookend, a lovely but mostly restrained piece with its deepest emotion bubbling just below the surface.

Ultimately, there’s little fault to be found here, particularly with such sterling song choices, and in Hammill’s hands there’s little doubt as to how well it will be received by his exceedingly loyal admirers. What I like most is that it will have a staying power that other such albums don’t possess with their generally more pedestrian approach and too-slick production. Admittedly, there are one or two of my own personal favourite Hammill-isms I would like to have heard here, but overall it’s a successful venture; a fascinating array of music brilliantly refracted through the Peter Hammill prism. While they may be largely unknown to fans, these ten tracks should act as a springboard to discover more of the type of music that has inspired this most legendary of artists lo these many years, whether it’s tango, classical, musicals or Americana. In Translation arrives like an impromptu get-together with a dear old friend – promising nothing but delivering everything. 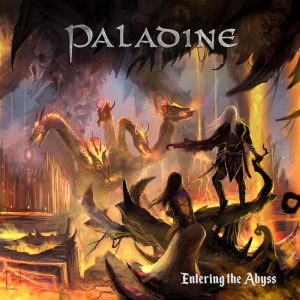 One thought on “Peter Hammill – In Translation (Fie! Records)”