This is probably the best album of new material that the band have released since the glory days of the ‘70s.

It’s good to see Italian prog stalwarts PFM back with a new album – their first since 2017’s well-received Emotional Tattoos. As with Emotional Tattoos, it is a double release with one disc sung in Italian and the second disc containing the same music but accompanied by English lyrics. The English lyrics are not a word for word translation of the original but remain in line with the spirit of the corresponding Italian original. The one direct translation of course is the title of the album which fans of Philip Dick of any nationality will immediately recognise as a reference to his famous novel Do Androids Dream Of Electric Sheep? If you’ve never heard of the book or maybe never heard of Philip Dick, then the odds are you still know the main story line since the well-known film Bladerunner was based on Dick’s book. The band, reflecting on how computers are taking over our lives, explain in the press releases that ‘this reminded us of one of Bladerunner’s main scenes when an android was asked about his mother. Obviously, being a machine, it could not have such a memory or personal experience on who its family was and where it came from. From this we developed the concept for this new album. We believe in the power of people to use their imaginations. This is what really makes the difference between human beings and androids. Being able to dream affects your life, your creativity, your thoughts.’

So, do we get a synthesiser-fest, as provided by Vangelis in the Bladerunner film score? Well, Alessandro Scaglione’s keyboards are very much to the fore here, hinting correctly at something of a return by PFM to their ‘70s prog roots. Emotional Tattoos may at times have drifted too much towards mainstream Italian pop/rock for those with prog tastes, but they rarely slip into those comfy soft pop slippers here. The album is bookended by instrumentals with Worlds Beyond opening affairs with a brief orchestral start before launching into an energetic funky rhythm (remarkable if you remember that as at today, drummer Franz Di Cioccio and bassist Patrick Duvas are jointly 149 years old!). Over this rhythm section Scaglione adds Hammond and synth touches with Marco Sfogli on guitar then joining the party before the track ends more quietly with enigmatic piano notes. If that’s not a prog track, I don’t know what is! The album closes with the double-header Transhumance and Transhumance Jam, with the latter propelled forward by driving bass and drums, over which there are again brilliant Hammond and keyboard runs. It’s a great closing statement.

Of the tracks with vocals, there are two that really stand out for me. The first of these is If I Had Wings (AtmoSpace in the Italian version). Lyrically it is intriguing since the subject of the song is a drone, flying above the planet, who falls in love with Earth. Musically, the drone up in the atmosphere is presented by a strikingly cold musical soundscape of wailing guitar, high synths and cymbals which alternates twice with a much warmer section representing the drone’s growing love of Earth. The moral of the story is that we live on Earth but do not appreciate it in the way the drone does. Kindred Souls is the second standout track, and this is also where we get the treat of two illustrious guest musicians in the shape of Ian Anderson and Steve Hackett. Again, the soundscape is unusual as vocals open in a minor key in almost a folk song style with a constant musical drone in the background and then a refrain on what sounds like bagpipes to me. Ian Anderson’s distinctive flute then comes in as the track builds up nicely to an anthemic refrain sung by a choir. There’s time for an Anderson-Hackett duet before the choral refrain returns to close the piece. You can see this one becoming a live favourite.  While these two are the highlights, the standard remains high throughout the album. Even a track like Adrenaline Oasis, which begins as a sort of mundane pop balled, surprisingly develops into an aggressive prog affair. At just short of 40 minutes, this is not a long album. In comparison, it’s more than 20 minutes shorter than Emotional Tattoos but the conciseness of the writing leading to this shorter length is a plus point. It also allows the band to keep up the impressive energy levels throughout. This is probably the best album of new material that the band have released since the glory days of the ‘70s.

Robert Jon And The Wreck – Shine A Light On Me Brother 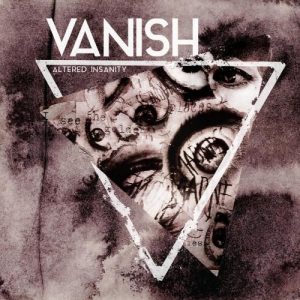