…absolutely full-on, pure and unvarnished Pink Fairies, as they immediately shift into gear and drive right through your forehead

This is an odd one conceptually – but extremely welcome in its content! The name this hangs on is the Pink Fairies, naturally, but the common denominator here is actually guitarist Andy Colquhoun, who joined the Fairies for the 1987 reunion album Kill ‘Em And Eat ‘Em, but had been around for a good decade before that, although you’ve probably never heard of him. He had been a regular associate of Mick Farren in his bizarre and astonishing collective The Deviants (as was Fairies drummer Russell Hunter before him), and was also a member of the band Warsaw Pakt, who entered the Guinness Book Of Records for their 1977 album Needle Time, for the amazing feat of having it for sale in the shops within 24 hours of the first note being recorded (recording was done on a Saturday, finished at 10pm, and the album was available for sale from 7am on Sunday morning – it was then deleted a week later!). He also did time in Tanz Der Youth, a psych-space-punk hybrid formed by Brian James from The Damned along with Hawkwind drummer Alan Powell, most notable for the thankless task of taking over from Van Halen as support midway through Black Sabbath’s 1978 UK tour (they were actually very good, but that really was an impossible situation and then some). He is the link here between three discs, consisting of a Pink Fairies live album, a Deviants album and a Colquhoun solo album, all of which he features on. Loose that may be, considering the title not referencing him at all, but this is a tremendous threesome of albums and no mistake.

The headliner here, of course, is the Pink Fairies album Chinese Cowboys Live 1987. It’s of particular interest to me because it was recorded at two shows in 1987, one of which I was in attendance at: the appropriately named Acid Daze event in Leeds, with the top three on the bill being Hawkwind, the Fairies and Bob Calvert. Astonishingly I can actually remember some of it, though I must apologise to Andy as I hadn’t even realised he was on the stage! The recording, as one may expect, is quite rough, but this is no bootleg quality rip-off, as all of the instruments and, crucially, the vocals, are clearly audible, excellently so considering there has been no tidying up going on. It’s absolutely full-on, pure and unvarnished Pink Fairies though, as they immediately shift into gear and drive right through your forehead. This is loud, this is ugly and this is thrilling stuff! Opening with the ‘accidental instrumental’ Raceway, we then get another blast from the classic Kings Of Oblivion album with an incendiary run through Street Urchin. After one diversion into the then-new Kill ‘Em And Eat ‘Em album, it’s back to Kings for a seedy, menacing and disturbing When’s The Fun Begin, which is so damned grimy that you almost feel you need a shower after listening to it. ‘Working out on mercury, acetone and vitamins / Lying in the alleyway, wondering when the fun begins’ – ah, those are words to conjure with, kids! Not coming soon to a boyband cover near you…

The album carries on in that vein. We get a blast from the Fairies Past with The Snake, we get the proto-punk classic Do It, we get a brutal City Kids and we get the Larry Wallis solo track Police Car. There are also a bunch of cracking tracks from the unfairly neglected Kill Em… album, with the riotous Taking LSD and the more sinister Waiting For The Ice Cream To Melt worthy of inclusion at the very top table of Fairies works. Of course, we finish off with their take on the Ventures’ Walk Don’t Run, which features a drum duet, but with both Twink and Hunter in the band, we’ll forgive that. I wouldn’t recommend this album to anyone new to the band (Never Never Land or Kings Of Oblivion would be the go to primers) because it’s just so utterly and completely uncompromising. But for any vintage Fairies Follower, this is absolute gold dust. Good live recordings of the band are thin on the ground, and this is top class stuff.

From there we get into the more uncharted waters, firstly in the case of the Deviants’ 2003 album Mr Crow, still with Mick Farren at the demented helm, with Colquhoun heading up a power-trio backing band. The album is beyond description, which is kind of awkward because I’m about to describe it. (If that makes sense to you by the way, you’re well on your way to liking this album). Farren sings only in the very loosest way of describing it, in the same way as whales ‘sing’. His alarmingly unhinged and sandpaper-rough delivery resembles Tom Waits with a pound and a half of gravel in his oesophagus, and at times he makes Captain Beefheart sound as if he’s auditioning for Westlife. There are cover versions here which mutilate the originals in such a way as to make you expect a chalk outline around them: Strawberry Fields Forever is stripped of everything which ever made it light and cheery, and gives the impression that, if you do go down to said place, it’s gong to be very very real, and there’s going to be plenty to get hung about – while the breezy pop of What Do You Want is fed through a cement mixer full of nails. And that’s the accessible stuff. Diablo’s Cadillac, with its spoken word vocals (note: if you ever meet someone ‘speaking’ like this, run away) is a terrifying barrage of tortured instrumentation backing a tale so surreal and twisted that you can’t look away. I don’t know what exactly Diablo’s Cadillac is, but I’d advise you never to get into it. A Long Dry Season is a more conventional, yet masterfully delivered tale, atmospheric and haunting in equal measure. Honestly, you need to hear this album at least once. I’m not exactly sure, but I think it just might be genius!

Finally we get Colquhoun’s own solo album, Pick Up The Phone America!, which you might expect to be a bit lighter and a comedown after the previous two. You might think that, but you’d be wrong, as it’s an unbridled, distortion-fuelled, filthy dirty rock and roll album right up there with Andy’s Pink and Deviant colleagues. The late ‘Philthy Animal’ Taylor of Motorhead fame plays drums almost throughout, which gives you a bit of a starter for ten. Colquhoun’s guitar, meanwhile, is distorted way past a Spinal Tap ‘eleven’ right the way through, and Farren himself drops in for vocals on Alienza. There’s a cover of The Doors’ Riders On The Storm, which is utterly and completely turned inside out and on its head, but in a good way. Basically, they bully the song mercilessly and steal its lunch money, but it works. Lennon Song is a remarkable piece, sounding like a fuzzed up metallic hellspawn of How Do You Sleep and Cold Turkey – so good, and authentic sounding, that it was actually used in a TV documentary about Lennon’s killing. Best of all though is the six minute assault of Runnin’ Outa Road, which was initially recorded by a Fairies spin off with Russell Hunter and Duncan Sanderson, called Flying Colours, and this is the version we get here. And it’s extraordinary. The best way to describe this would be to to think of the Pink Fairies and Motorhead, then imagine something driving straight through the middle of them, foot to the floor, with the roof down and a couple of topless women in the back seat. Colquhoun’s sound is massive on this – I think this guy’s idea of a ‘clean guitar tone’ is Tony Iommi after a bath. The rhythm section of Hunter and Sanderson do what they always did with the Fairies. Loudly, rudely, and not giving a toss about the neighbours banging on the wall. It’s an absolute classic of no holds barred unbridled guitar rock, and is the best Pink Fairies song they never officially recorded.

Put simply, if you’re a fan of this sort of stuff, and you yearn for music to simultaneously un-nerve you, punch you in the face and try to sleep with your sister, come on in. You’re going to love this set. One of the unexpectedly great reissue packages of the year. Come for the Fairies, stay for the rest. You know it makes sense. 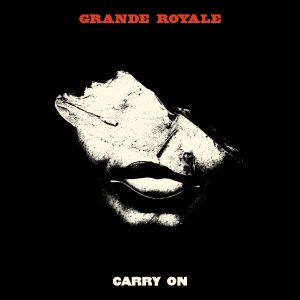 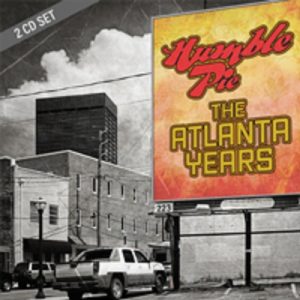