Kenny Wayne Shepherd is one of blues-rock’s greatest trailblazers. Gone is the young Louisiana gunslinger who erupted onto the early-’90s scene with his burn-it-down guitar solos and gut-punch songcraft, with the smash hit albums ‘Ledbetter Heights’ (1995), ‘Trouble Is…’ (1997) and into the 2000’s with a bang.  His path was set from childhood with a life-changing meeting with Stevie Ray Vaughan, and his own stage debut aged 13 was the foundation to becoming the multi-platinum selling artists he is today.

At 44 years old, he’s become even more magnetic. A musician in constant motion, the five-time Grammy nominated Shepherd has spent the post-millennium burning the tarmac and crossing continents, stopping off for releases that include 2011’s acclaimed ‘How I Go’, 2014’s rocket-fuelled collaboration covers album, ‘Goin’ Home’, 2017’s ‘Lay It On Down’ and 2019’s ‘The Traveller’ not to mention, releases from his “side project” The Rides – with Stephen Stills and Barry Goldberg in 2013 and 2015.

In 2017 he was a headliner at the O2 Arena’s BluesFest, which was then followed by the spectacular 2019 headline set on the Outlaw Stage at Ramblin’ Man Fair where the band blazed through their incredible back catalogue. That same year, metal titans Five Finger Death Punch covered Shepherd’s hit “Blue on Black” featuring Queen’s Brian May and Shepherd himself. The video has already reached nearly 100m streams.

From multiple A-list Planet Rock singles to BBC Radio 2 live sessions and international tours, his world-class guitar playing has always been his calling card, but in his forties, Shepherd knows when to blaze and when to breathe and as for the voice, it’s never sounded stronger.

*********
When Rivers Meet, comprised of British husband and wife Grace and Aaron Bond, released their critically acclaimed sophomore album ‘Saving Grace’ in November 2021. Last year they were the first band to win four awards at the UK Blues Awards including “Blues Band of the Year,” “Blues Album of the Year,” “Emerging Blues Artist of the Year,” and “Most Inspirational Online Performance of the Year.”

WRM were also voted “Best New Band” by the listeners of Planet Rock at the radio station’s “The Rocks” Awards.  This year the band are nominated for three UK Blues Awards including “Blues Album of the Year,” “Blues Band of the Year,” and “Blues Vocalist of the Year.”

Photo of Alan Nimmo of King King by Adam Kennedy

Photo of When Rivers Meet by Rob Blackham 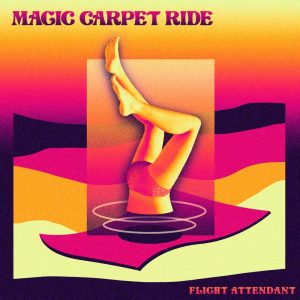 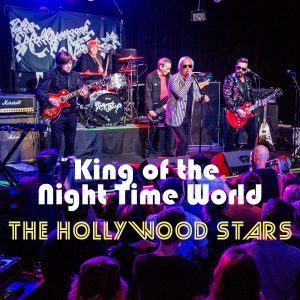