Greece has spawned countless instances of criminally underrated music acts in diverse genres ranging from black metal to electronic to avant garde pop music, and the sophomore album of modern progressive metal act Playgrounded titled The death of Death, now available from Pelagic Records, is yet another striking example.

“Where did this come from?” you will find yourself wondering, while pondering the intensity and musical compositions on display. From the strength of the production to the heaviness of down-tuned guitars, all the while built around elements of electronica, the result is an intriguingly idiosyncratic, mature sound.

Hailing from Greece, but spending most of their time in the Netherlands, the musical pedigree of the members of Playgrounded is pretty unusual for the metal/rock underground. Main composer and producer Orestis Zafeirou is a graduate from the Institute of Sonology of the Royal Conservatoire of The Hague! – a department focused on electronic music education and production research. Additionally, he works in a synth factory. Vocalist and co-producer Stavros Markonis graduated from the Amsterdam conservatoire and is an award-winning composer for film and TV. Bass player Odysseas Zafeiriou and guitar player Michael Kotsirakis both work as computer engineers, while drummer Giorgos Pouliasis is a graduate from the Rotterdam Conservatoire, as well as a drum teacher and a popular session musician in Greece as well as in the Netherlands. So not just yer average gang of lads!

Starting out in 2007, Playgrounded have been together for over 15 years, playing internally and across Europe, while also opening for bands like Riverside and even Nine Inch Nails in Amsterdam. Their first EP Athens (2012, Casket Music) portrayed an already mature band playing modern prog rock influenced by Tool and Deftones. Their debut full-length In Time With Gravity (2017) showed the band in full flux, experimenting with extended compositions as well as influences from influential contemporary electronic music acts like Modeselektor and Moderat.

Playgrounded’s sophomore album lives up to the aspiration of its lofty album title. The death of Death is music that results from mastery of composition rather than lacklustre exploration and experimentation. The album was recorded at MD Recording Studios by Nikos Michalodimitrakis, long collaborator of Stavros in film productions.

Demonstrating a thorough understanding and sense of organic, hypnotic arrangements, Playgrounded evoke a sense of the uncanny closely related to the cut-up movie fragments of sound artists like the German Orson Hentschel. “We start with an idea of a dynamic sound design structure” explains guitarist Michael Kotsirakis. “We then expand the musical space and individually create variations and flourishes – sometimes the lyrics and vocals will dictate a change in quality, at other times it’s one of the instruments. Everything then gets thrown on the table , we get back together and refine the song structure. After this loop has been repeated over and over we have a good idea of where we’re going! It’s only then that we collectively hit the rehearsal space and refine the details.”

The result is a collection of songs that reveal Playgrounded as composers in the art of “de-composition”. The memorable guitar riffs and vocal melodies serve as gateways to a deeper layer of synth textures and liquid drumming, until that angle of de-composition kicks in. “The shortest sound units become extended themes,” explains main composer Orestis Zafeirou. “Steady rhythmical blocks interact with unstable ones. Noise becomes tone and melody. Sonic grains gather to form masses, masses dissolve into a single entity. With every repetition, comes change.”

The six tracks open with The Swan, a dense slab of Post-Rock, built around a heavy-weight chord and hypnotising percussion. Rituals is more synth-based, a cavernous echoey sound that lurks in the corners of your speakers! The album’s title track The death of Death is appropriately dark, brooding, this is not cheerful stuff! But the sense of theatre is undeniable.

Tomorrow’s Rainbow continues the core construction of sampling and synths, albeit in a slightly less threatening vibe – it’s almost perky! The Road Out Of The Flood is a great title, it straightaway paints an apocalyptic cinematic image, the intensity of the core chord dominating. Not music to dance to! Our Fire then brings the show to a close, a slow-burner of synths and down-tuned guitars swirling and building before dense post-rock chord progressions crash through. It all pauses before a second “movement” comes in, finally unleashing the chord monoliths again.

These tracks are all quite long, dense, brooding, complicated arrangements. Playgrounded look to analyse and take apart a theme, then reduce it to its smallest components before subsequently re-assembling them into something new and often quite different. Very arty, very cinematic, hints of Dawnwalker melded to Kraftwerk perhaps? It’s not the easiest listening and perhaps sometimes suffers from a lack of light and shade – but the band does manage to construct a brooding world of dark magnificence. The death of Death has the appeal of a film score that slowly starts to haunt you as the movie progresses. The more you listen to it, the more it begins to insinuate itself into you! 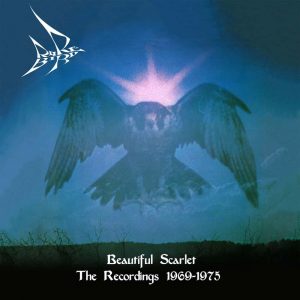 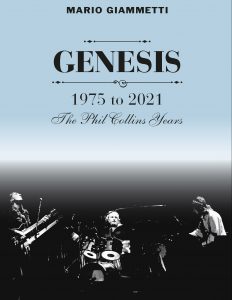