Village of Witches is taken from the second album of Polish death metallers CATHARSIS. The new LP Human Failures proves the band’s technical inspirations, but also presents the exploration of the new territory, leading CATHARSIS towards more brutal and heavier death metal sound with a touch of black metal. Human Failures is a visible step forward in the band’s musical journey and undoubtedly the darkest chapter of it. The album is being produced, engineered, mixed & mastered by Filip „Heinrich” Hałucha in Heinrich House Studio. All drums parts have been composed by Eugene Ryabchenko (Fleshgod Apocalypse, ex live – Belphegor, ex live – Vital Remains) and recorded by Dariusz „Daray” Brzozowski (live – Dimmu Borgir, ex – Vader) as a session drummer, who gives a truly outstanding drum performance and takes the compositions to another level. One of the seven new tracks, entitled Made Of Blood includes a mind blowing guest vocal appearance by the death metal icon Ross Dolan (Immolation). The new album will be issued by Mad Lion Records June 25th 2021.

Adam comments: “I don’t remember where I read the article about African witch villages. Places where elderly people were sent, accused of magic and witchcraft by local communities. It was the only way they could survive. Otherwise, they would face death from the hateful crowd.  We composed the introduction in the studio, having previously had a certain vision of what it should look like. It turned out very ominous. I always have shivers down my spine listening to this beginning. I associate it with the atmosphere of the Exorcist.” 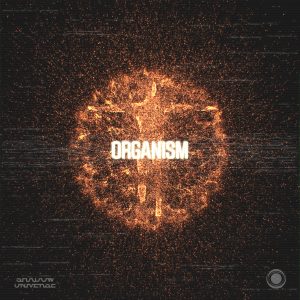