Powertryp is a German metal band out of Erlangen in Bavaria which formed in 2010 and it has taken quite a while for the debut album to be released with Midnight Marauder although the band did put out the demo Endless Power which came out in 2015. The band is an old school hard rock/heavy metal band with Johannes Korda on vocals, twin guitarists in Stefan Dziallas and Cole Stabler, Frank Prilipp on bass and Michael Zerrath on drums. The music is fairly typical German metal but with roots in British metal from the late 1970s and early 1980s with NWOBHM, Iron Maiden and, especially, Judas Priest (no surprise there) standing out plus elements of fast US metal all combining to make the band what it is today.

The band pretty much reminded me of the Re-Machined debut Wheels Of Time which came out on 2020 and is a band very similar in style and sound. In truth, if you are a fan of traditional rock then it is impossible to dislike Powetryp as they play loud and heavy rock with songs that batter your senses and the typical twin guitar attack that is just so thrilling. Johannes Korda is outstanding on vocals with his accent free delivery and all action, in your face approach highlighting his power and range. The guitars are fast and frenetic and you do pick up on elements of speed and power metal in the delivery too. The songs are perfect for the bands delivery and long enough for the musicians to show just how good they are but they never drift into excess.

If you are into any form of metal especially bands like Saxon, Accept, Scorpions, Helloween and Judas Priest then you are going to love this excellent old school hard rocking album. 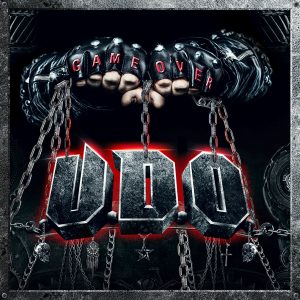