Some band names seem rooted in a specific time or place. I only have to hear mention of Praying Mantis and I’m immediately transported back to the heady days of NWOBHM when all of the bands seemed like nnights in shining armour as they re-introduced rock music back to the masses and gave lie to the still quoted idiotic thought that punk killed progressive rock, what total nonsense! Praying Mantis stood out because they were a little different as they traded under the NWOBHM banner but were a little more melodic/AOR and just had that extra touch of class that I found fascinating and they also had some great artwork for the debut album 1981s Time Tells No Lies and singles that they released. Sadly, they were badly let down by a couple of record companies which did not give the needed or required support (you know who they are) and seemed to be heading along the path of being a fascinating footnote in NWOBHM history. However, the band always had a keen following in Japan which led to a reformation of the band in 1990 with Predator In Disguise coming out in 1991.

Thankfully, the interest in Praying Mantis was still there and we have now seen regular albums since then and now we have Katharsis which is the band’s 11th studio release with not a weak album or even track in everything that they have ever done. Interestingly, the publicity states 12 albums but I’ve no idea where the discrepancy is. By rights, this band should be huge as they are the complete package and never, ever disappoint, always giving everything that they have and ever developing too.

There have been numerous changes over the years but the Troy brothers, Tino and Chris, have continued to fly the flag and they are Praying Mantis personified so the band remains a vital and inspiring unit and will be so whilst ever the Troy’s are at the helm. Guitarist Andy Burgess joined the band in 2008 so is now an old stager and the great news is that this is now the third album in a row with a stable line-up with the brilliant twosome of vocalist John Cuijpers and drummer Hans in ‘t Zandt helping to give the band stability and they are now a truly brilliant unit that works perfectly as a team with a real telepathy developing between the musicians. The new unit began to explore its fresh sound and direction with Legacy in 2015 with 2018’s Gravity re-affirming what a tight, valid and vibrant band this version of Praying Mantis had become with Katharsis now being the pinnacle and real affirmation of a great band which, staggeringly, actually began life way back in 1973. John Cuijpers on lead vocals has become a real focal point for the band with his powerful voice and great delivery which reminds of John Lawton, the old and now sadly departed cultured warhorse of Uriah Heep; great man and great band. Crucially, they have the much beloved twin guitar attack with Andy Burgess and Tino Troy on guitar/vocals and Chris Troy on bass/vocals with Hans in ‘t Zandt on drums/vocals and he surely must have one of the truly great names in rock and roll!

There is an element of a glorious fusion of Uriah Heep and Michael Schenker about Katharsis with an abundance of thrilling riffs and great lead breaks and a really melodic and harmonious sound and with five vocalists in the band then the vocal harmonies are simply wonderful. There was a time when rock fans politely listened to a band’s new album whilst really only wanting to hear the old classics but that doesn’t seem to matter as much these days especially when the ‘old’ bands are producing so much new good music with Katharsis standing side by side with the brilliant Time Tells No Lies. Tino and Chris Troy are the real heroes and they should be celebrated and lauded for their services to music but, as usual, awards will go elsewhere but please do not let this modern classic go unrewarded. Praying mantis are as valid a force as ever and in the form of their collective musical lives with this thrilling, rocking and genuinely rewarding album and we owe it to them and the other standard bearers for championing the cause of rock music when all around us the airwaves are full of bland nonsense.

Praying Mantis is a real, living example of what musicians give to us and for that we should all be truly thankful so buy the album and enjoy melodic rock at its very best. 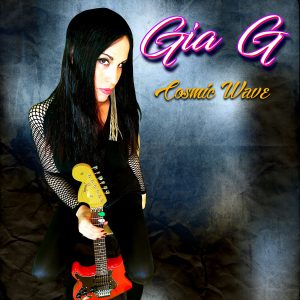 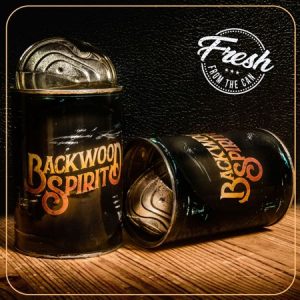