In December of 2014, some friends and I compiled our annual Top 10 Albums Of The Year lists, and there were very few surprises overall… but there was one. Way up near the top of my list was Flight, the charming out-of-the-blue debut from American band Proud Peasant, which I had found impossible to file away on the shelf in the months since I purchased it. Comprised of three multi-part suites of addictive melodies and delightful moods, it had been a long while since I had been so smitten with a new discovery, and I’ve been eager to tell people about it ever since. We all have our own little-known favourites in life: the obscure film that gets overlooked by critics, the restaurant tucked away in a corner of town, the indie coffee shop ignored by the Starbucks zombies, and the talented band who don’t get their due for no good reason. Proud Peasant is that band for me.

Led by guitarist and chief composer Xander Rapstine, the band’s music is a swirling blend of influences, some more well known and obvious than others. On top of the most commonly trotted-out comparisons, I’ve often picked up on flavours of Mike Oldfield, Gryphon, King Crimson, Gentle Giant, Lyrian, and The Enid. But that’s just covering one end of the spectrum. The music also exudes a kind of dramatic film score quality with shades of Ennio Morricone (among others) and undercurrents of classical inspiration. Brass, strings, and woodwinds are peppered throughout, while mandolin and glockenspiel provide additional accents. Much of this is propelled by a driving rock groove… adventurous stuff, to be sure.

Seven years on from Flight, Rapstine & co. are looking ahead to their sophomore album Communion, currently in development. In the meantime, they’ve issued Peasantsongs, a 32 minute ‘mini-album’ as a kind of stopgap release that gathers together tracks from various sources and presents them in a unified running order. (I’m pretty sure I have Beatles and Van Halen albums that are 32 minutes long; I suppose it’s only by modern standards that such a length is considered ‘mini’.) Some of these tracks are previously unreleased, while others were issued as singles or plucked from compilations and given fresh mixes and remastered. In short, a most necessary addition for us Peasantheads to add to our collections. Besides, who wouldn’t want gorgeous fantasy-themed album cover artwork that features corgis?

Foreboding opening track A Prelude features vibraphone and a mournful flute melody, and calls to mind the better Scandinavian prog bands before the music suddenly blooms into a full-on Proud Peasant vibe – and that’s what I find most impressive about these cats. After only one (and a half) albums, they already have their own sound. Sure, they can sometimes sound like other bands… but no other band sounds like them. That’s no small feat in this day and age, when it’s all been done and then done again. My only gripe about this track is that I would like it to have gone on twice as long. I’m a sucker for this kind of mystical tone (made all the more so by the inclusion of the Chinese yangqin, not a common instrument found in most liner note credits).

The band’s 2016 Cosmic Sound release is included here, originally a 7-inch vinyl single featuring two unusual cover song choices. First up is a rollicking rendition of legendary German band Eloy’s 1973 single Daybreak (bizarrely, the second song they had done with that title in the early years of their career). As an early Eloy lover myself, this is a delicious pick, and the more frantic approach is underpinned by the tasty drum bashing of Josh Denslow, with Millicent Hughes keeping pace on violin.

The B-side of Cosmic Sound is a cover of Manfred Mann’s oddball hybrid Saturn, Lord Of The Ring/Mercury The Winged Messenger, from the Earth Band’s 1973 album Solar Fire. This was not a piece I was overly familiar with, and although I don’t much care for the first half (Saturn, I suppose?) I really dig the Space Rock jam vibe of Mercury, which the Peasants knock out of the park here.

Also included is the 3-track digital single The Avatar, showcasing the memorable opening chunk of the epic Awakenings from Flight as well as two more tracks: the flashy Turbulence, which dips its toes in the prog/power metal waters, and the delicate chamber piece Cencibel, a lovely spot of melody that could easily have slotted in just about anywhere on Flight (he said casually, not having composed any of it himself). This is actually one of my favourite moments on Peasantsongs despite it being the furthest removed from the rock sensibilities that embody the bulk of it.

Two more covers round things out. Down At Circe’s Place is a beautifully executed nod to the Touch song from their eponymous 1969 psych album that was originally recorded for the A Band For All Seasons tribute set. The piece is an impressive tour de force for its mere five minute run time. There’s also a cracking live rendition of Red by King Crimson, where Rapstine – a Crimson fanatic by his own admission – gets a chance to ‘Fripp it up’ for an audience.

Peasantsongs is a nifty little release that sits comfortably alongside its big brother on the shelves. For those who have Flight but missed out on the semi-obscurity of these various smaller releases, it’s a handy and inexpensive way to have them gathered together in one spot, and it plays like its own cohesive album. And for strict newcomers, I suggest grabbing both of these fine titles and introducing yourselves to the sterling sounds of Proud Peasant. Their quirky brand of instrumental composition comes with my highest and most genuine recommendation.

…and did I mention the corgis? 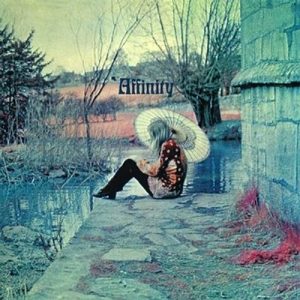 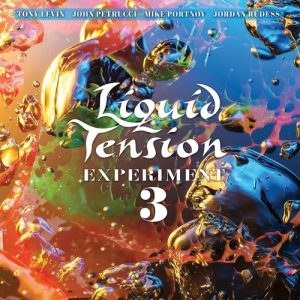 The Advent Equation – Remnants Of Oblivion (Self Released)