Redemption is an American progressive metal band which formed around 20-years ago and just maybe it has slipped under the radar for some out there but the band is every bit as good as Queensryche, Dream Theater, Fates Warning and Symphony X so really does deserve to be considered in the same division as these illustrious acts.

Over the years the group has released seven absolutely top notch progressive metal classics and if you have not heard any of them then you are truly urged to check them out as they have produced some quite amazing music. You could start with the last studio release, 2018’s Long Night’s Journey Into Day which is as good a place as any to start and this features new vocalist Evergrey’s Tom S. Englund who took over after the imperious Ray Adler of Fates Warning fame left in 2017. Truth is though that any of the back catalogue albums will thrill and inspire so happy hunting. These days the band comprises founding member Nick van Dyk on guitar, long serving (from 2002) drummer Chris Quirarte, fellow long serving bassist (from 2006) Sean Andrews plus the relative new boys in vocalist Englund who joined in 2017 and keyboard player Vikram Shankar who came on board in 2018. Alongside and providing additional guitar is the pairing of Chris Poland (Megadeth and OHM) and Simon Mularoni (DGM) which gives the band such extra depth and a rich sound. Mularoni features on the full set on this recording with Poland on Indulge In Color and Peace Sells only.

This double live CD was recorded at the band’s headline slot at the 2018 ProgPower festival at Center Stage in Atlanta, Georgia on September 7th 2018 and is available in either CD, CD/DVD or CD/Bluray format and is an essential purchase for any self respecting progressive metal fan let alone a devotee of this quite brilliant band. The set list is shown below with a track apiece taken from 2005’s The Fullness Of Time and 2007’s The Origins Of Ruin. Two tracks are from 2009’s Snowfall On Judgement Day, one track from 2016’s The Art Of Loss and, quite understandably, six tracks from 2018’s Long Night’s Journey Into Day. Strangely, the 2003 self-titled debut and 2011’s This Mortal Coil are ignored but there is an intriguing cover of Megadeth’s Peace Sells… But Who’s Buying which apparently is the first time in 20-years that Poland has played the song on stage which surely makes the set worth the price alone just for this. A neat touch also sees the return of Ray Adler to perform on Threads and it is so nice to see him back in the fold even if only briefly. The CD features two bonus tracks with a live version of Threads with Englund on vocals but it doesn’t state where this was recorded and The Fullness Of Time Part 3: Release which appears to be a sound check recording and this also appears on the DVD as an extra. Tom S Englund has been an inspired acquisition by the band and he has fitted perfectly into the team but then this was only to be expected given that his credentials have always been impeccable. His vocal performance is huge and note perfect with van Dyk, Mularoni and Pound (when called on) supplying guitar that is out of this world and this is a band that is simply on fire.

The set is perfectly chosen and the mixture of old and new works exceptionally well and shows that this is a band not content to sit on its collective laurels but still eager to release new, fresh and valid music. We were only sent the download of the audio tracks and this shows a quite perfect live album from a masterful band. However, I am a fan and just had to have the Bluray version (we do buy music ourselves as well as receive review releases) and this concert has rarely been off the TV such is the amazing quality. The sound and picture are perfect with multiple angles sitting you virtually on the stage and it is almost a privilege to see such a great band working in harmony to produce a brilliant live performance. Sadly, Peace Sells is not on the DVD which I’m assuming is due to copyright issues but at least we have the audio on the CD. The sound appears to be 2.0 only so no 5.1 mix available but this can easily be remedied if you have an AV receiver and matching speaker set up and then the music really comes to life. There is just a short 4-minute video of backstage and the aforementioned sound check track but, in truth, this is all about the 80-minute gig and this is perfection itself. 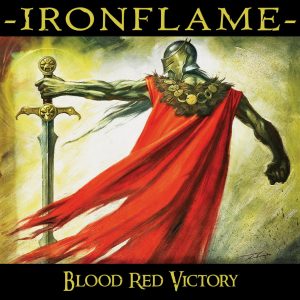 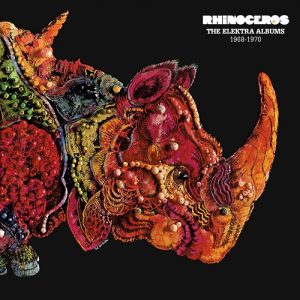