I have an image in my head where the full Rhapsody team is in the studio and the production team says something like, “well that’s it boys, another fine album in the can” to which the musicians look at each other and say, “can we have a bit more in the sound?” “A bit more what?” says the production guys to which the band replies “well, a bit more of everything!” And that just about sums up Rhapsody Of Fire perfectly as this is a band with probably the biggest, most bombastic and over the top sound in the history of metal. Come on, let’s admit it because this is exactly what we want from Rhapsody Of Fire, forget about COVID-19 or our humdrum lives, we want a band that is big, bold and magnificently over the top and, oh boy, do they consistently deliver!

There have been many, many changes in the band over the years but the past is the past and we can acknowledge what went before and the musicians that have been part of the Rhapsody and Rhapsody Of Fire story but the baton has now been passed to the new Rhapsody Of Fire. The new team responded by producing one of the best albums that the band has recorded with the simply amazing The Eighth Mountain which introduced us to the new vocalist Giacomo Voli and what a revelation he proved to be and he has well and truly cemented his place as the new, powerful and dynamic voice of the Italian legends. As I have frequently said, they are truly leading lights of the symphonic metal scene, the benchmark for all others to set their standards by and if you look up bombastic in the dictionary it should simply state ‘see Rhapsody Of Fire’.

One constant throughout the band’s career has been the love and determination to continue to tell tall tales of derring-do, myths, legends and fantastic sagas. The Eighth Mountain being the start of a new three part concept called the Nephlins Empire Saga which is concerned with redemption and valour particularly the story concerns a hero on a journey to find redemption for sins and errors made in his life.

There has been a slight change recently in the line up with main man and song writer Alex Staropoli on keyboards, Giacomo Voli and his amazing lungs on vocals, Roberto De Micheli on guitar, Alessandro Sala on bass and new drummer Paolo Marchrsich who came on-board last year and was involved in the I’ll Be Your Hero EP so he is no real stranger to the band.

As usual, Glory For Salvation is a huge album of symphonic and anthemic metal with a huge storyline and an even bigger sound with metal mixed perfectly with operatic and orchestral passages throughout and which the band does so well. For sure, if you have any of their earlier material then you will know what to expect and the band delivers up the usual onslaught with just a touch of the medieval tucked away and slipping out to add a little contrast every now and again and the occasional spoken word to drive the narrative forward and all is with the usual wall of sound that sweeps all before. As the saying goes, if it ain’t broke then don’t fix it. An occasional criticism is that there is not enough growth and development in the band’s sound but to think that is to miss the point entirely. I’m sure the band does not have a classic blues album in their locker but even if they did would you want to hear it? They play portentous and bombastic symphonic metal better than any other band so why would they or should they change? Certainly, Alex Staropoli continues to grow in stature as a song writer and story teller and in Giacomo Voli they have one of the best voices in the business.

Glory For Salvation is a perfect continuation in the saga began with The Eighth Mountain so strap in, sit back and enjoy the ride. Be advised though that the album does contain three versions of the track Magic Signs as we have the English version and then the album closes with Italian and Spanish vocal versions which may be a little too much for some. However, you can never have too much of a good thing so just revel in symphonic metal at its best from the Italian masters. 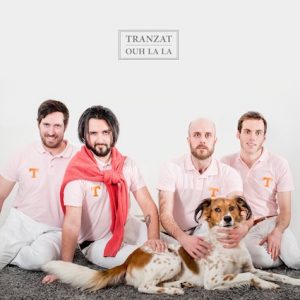