As regular readers of these pages will know, The Cherry Red label have been hard at work in recent times, compiling and releasing a host of 3-CD boxed sets, chronicling the development of various genres or bands. The great thing about these compilations is that they never resort to the trite or hackneyed. It’s easy enough to buy a collection of indispensible rock tracks down your local supermarket, featuring the same classic numbers that come up on every budget fist-pumping collection, but Cherry Red’s boxed sets present selections of tracks-you-might-have-missed and bands-you might-not-have-heard-of. As such, they are targeted more at the hard-core fan than the casual listener; the completionist rather than the novice. Riding The Rock Machine focuses strictly in one area, that of 1970s British rock, whether proto-metal, proto-punk, pop-rock or prog. (OK, try saying that three times quickly…)

Having said that, this set, distributed through Cherry Red’s Grapefruit subsidiary, starts in with a pretty standard rock classic, Rainbow’s Long Live Rock’n’Roll. That’s no complaint of course, this being one of the most driving headbangers the Dio-fronted incarnation of the band ever produced, in the days when Rainbow were still a credible rock band. This is followed by Uriah Heep’s Easy Livin’, another steamroller riff, with just a touch more psychedelia. After that though, we start to head down some side alleys, starting with The Moody Blues and The Alan Parsons Project.

I Can’t Explain by the Who would be another easy inclusion here, so that is not what we get – rather we are treated to Yvonne Elliman’s excellent cover version, with Pete Townshend guesting on guitar. The Who, instead, are represented by Success Story, a jolly folk-pop song that was completely unfamiliar to me. The Small Faces, fronted by Steve Marriott, would be another easy addition, but instead we get the excellent, chart-friendly Cindy Incidentally, from the later, Rod Stewart-fronted incarnation, when the band’s name was reduced to simply The Faces. Black Sheep Of The Family, familiar to fans of Ritchie Blackmore’s Rainbow’s first album, is here rendered by its originators, Noel Redding’s Fat Mattress.

And so it goes on. You want Free? We’ll give you Wishing Well – but also, listen to the huge dollop of Paul Rodgers influence on Black Cloud from Glenn Hughes’ Trapeze. You can also check out Mott The Hoople’s original rendering of the future Bad Company classic Ready For Love. You want Deep Purple? Nope, we’ve already given you two members in Blackmore and Hughes. You want Yes? Instead, listen to Hold Out Your Hand from Chris Squire. Expecting some Bowie? Instead, have Mick Ronson on the punky Only After Dark. I might tell you that City Boy are included, and you’ll probably nod sagely, expecting their only major chart hit, 5-7-0-5. Instead, we’ll give you the superbly left-field Momma’s Boy, with its tempo changes and Sparks-like quirkiness. And before you ask, there’s no Sparks either. Magnum’s very first cut is included though, as well as belated airings for National Flag and Maggot, who evolved from Opportunity Knocks winners Strawberry Jam.

Nevertheless, this collection does have rather more of the standard selections than other releases in the same series, but to be honest, that’s no bad thing – the obscurity level may serve to stimulate the intellect, but it’s also a bit stodgy at times. Hence no doubt, the inclusion of such better-known fare as Foreigner’s Feels Like The First Time, Nazareth’s sublime version of Joni Mitchell’s This Flight Tonight, and Thin Lizzy’s iconic Jailbreak. The disco-poppy Showdown by ELO is a bit of a surprise inclusion, but by no means unwelcome, and it’s great to see the full, nearly seven-minute version of Status Quo’s Mystery Song getting an airing – buyers of the 7″ single got a great rocker, but with all the interesting bits removed.

Other highlights include the tight and complex Maid In Heaven by Be-Bop Deluxe, Sad Café’s soft rock single My Oh My, and The Winkies’ bluesy cover of the Peggy Lee classic Fever, which was itself a cover of the Little Willie John original. A surprising non-highlight is Lucky Man by the rightly-revered ELP – it seems to be chugging along OK with two fingerpicked acoustic guitars, melodic singing and sympathetic drumming, until the massive, obtrusive and wholly inappropriate Moog solo towards the end, brings disc 2 to a grating finale.

Nevertheless, in an inspired bit of track listing, the compilers choose to end the entire, four-hour set with Argent’s anthemic God Gave Rock And Roll To You. If you’ve forgotten just how good this proggy and complex 1973 track is, or are only familiar with the 1992 edited cover version by Kiss, it’s worth it for this song alone.

As usual with this series, the fat, 40-page booklet by David Wells is full of superbly detailed info. I’m not going to pretend this compilation will be to everyone’s taste; as already mentioned, it’s an educational selection as much as anything. But still, if you’re having trouble recalling the melody line to Can’t Live Without It by Tucky Buzzard, or can’t quite remember the words to Got A Bad Leg by Smokestack Crumble, this may be right up your street. 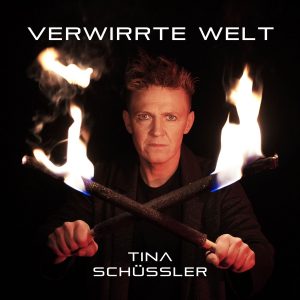 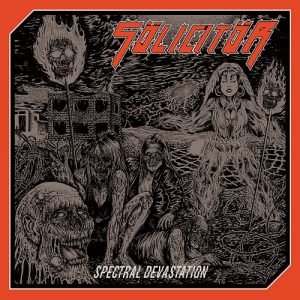