A name new to me but Robert Francis is a most talented American multi-instrumentalist and singer-songwriter with a penchant for Americana, indie and folk rock music. He delivers emotion filled stories in a delightful and relaxed manner and has a most intriguing style being somewhat reminiscent of Steve Earle with a touch of the otherworldliness of Radiohead/Coldplay and a delivery very similar to the velvet voiced Tim Bowness.

Francis has been active since 2007 and has released several eclectic and well received albums and he has also shown that he is not an artist afraid of a little experimentation. He grew up in Los Angeles and, coming from a musical family, was exposed to many musical sources from an early age and he was only a youngster when his family realised that he could virtually play every instrument that he picked up. Ry Cooder gave Francis a vintage National guitar when he was nine and John Frusciante (Red Hot Chili Peppers) took him on as his one and only student when he was sixteen so they obviously saw the talent in him there and then. It definitely appears that there are fewer male singer-songwriters these days or it may be that they are not getting the deserved exposure but Francis could change that with the anthemic songs on display here.

It seems that Francis wrote them as driving songs that evoke the rush of open windows and the glow of the sun beaming through the windshield, whether that world still exists is a moot point but whenever and wherever you play this album you will be enraptured by the stories and his special delivery whether he is being euphoric or melancholic. The musicians give comfortable support with guitarist Drew Phillips, bassist Shane Smith, drummer Brad Cummings, and harmony vocalist Cori Elliott helping to bring his songs to life and the playing, whilst understated, is devastating and probing.

Part folk, part country and part rock ‘n’ roll, the End Times Vol. 1 is a soft and friendly record that asks you some questions but, ultimately, wants to be your friend and is therefore very easy to like. Robert Francis is a musician who deserves to be heard and this new album just might open a few more doors for him. It is not revolutionary by any means but there are some great songs and they are delivered by a musician and his band with plenty of skill and no little love. If you need something a little more relaxed, refined and late night then this album is ideal. 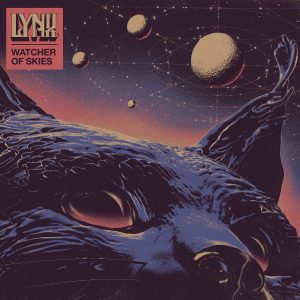