To coincide with their new single “Shine A Light On Me Brother” out now, Robert Jon & The Wreck have launched the official music video of the single.

The single can be streamed on Spotify, and the band’s new album can be pre-ordered from https://ffm.to/rjtwshine.

The single is the title track taken from the Californian southern rock band’s forthcoming album,  “Shine A Light On Me Brother,” written and recorded during the COVID pandemic. Self-produced by Robert Jon & The Wreck, the new album is the follow-up album to 2020’s  critically acclaimed “Last Light On The Highway,” and will be released on Friday September 3, 2021.

The single itself is three minutes of kickin, good-time rock and roll – complete with gospel choir! It reaffirms the gospel roots that the band grew up on, and deals with the obstacles, hurdles, and hardships brought on by 2020, while keeping a positive perspective of moving past the pandemic and challenges that all of us in every culture have faced and crying out with hope to be “saved” by the new year. It cries a soulful hope of normalcy that we’ve all been missing for far too long – and exhorts us to smile a little and dance a little! And there’s some mean guitar work thrown in for good measure!

Robert Jon & The Wreck will take the new album on tour in September/October 2021 and February, April, May, June, and July 2022. The UK tour kicks off in at The Globe in Cardiff on September 16. Special guest on the UK tour is British slide guitarist Troy Redfern. Tickets for the UK dates are available from www.alttickets.comand www.planetrocktickets.co.uk.
Shine a Light on Me Brother will be available on CD, vinyl, limited deluxe coloured vinyl, and in limited edition bundles. The deluxe bundle includes a signed deluxe edition vinyl, Ltd edition t-shirt, signed CD, Ltd edition retro California vanity plates, and signed, limited edition photos.

Robert Jon & The Wreck have supported the likes of Joe Bonamassa, Buddy Guy, Eric Gales, Rival Sons, The Cadillac Three, Black Stone Cherry, Living Colour, Chris Robinson Brotherhood, Walter Trout, Robert Randolph & The Family Band, Lukas Nelson & Promise of the Real, Devon Allman, Billy Sheehan, Sturgill Simpson, and many more.
The band have written songs and released albums since their formation in 2011. During this time, they’ve been fine-tuning their sound, playing to packed houses in Europe and the USA.

The band have received accolades and rave reviews, from nominations of “Best Rock” and “Best Blues” and winning the title of “Best Live Band” at the Orange County Music Awards in 2013, to numerous top 10 chart placement on Southern Rock Brazil’s Top 20 Albums, to being praised as “Classic and fresh at the same time” by Rock The Best Music, “Raising the bar for the Southern genre” by Blues Rock Review, and “keeping the history of classic 60’s and 70’s rock alive for new generations” by blues rock guitar icon, Joe Bonamassa. 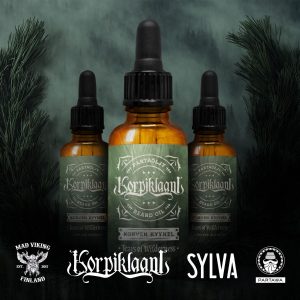 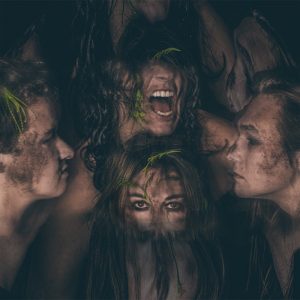