It is only a year since the Pretty Maids vocalist released his first, stunning solo album with the wonderful One Shot and he has now rapidly followed it up with another perfectly crafted melodic, hard rock record that will surely delight his legions of fans. The Danish band Pretty Maids may have flown under the radar for many rock fans but they are a truly superior hard rock band with a stunning back catalogue and are always guaranteed to deliver premier hard rock albums.

Pretty Maids was formed back in 1981 by Atkins and guitarist Ken Hammer and has amassed sixteen quality albums in all of those years and any one of these will show just what a vital band they are and enforces that they are well worthy of their place at the top table of melodic rock. To paraphrase from the advertising of a certain Danish brewer they are, in fact, quite probably Denmark’s best ever export! Sadly, this sudden desire to release these solo records has been prompted by Ronnie Atkins health as he has been diagnosed with incurable stage 4 cancer so he is, quite obviously, making the most of his time as he has so many ideas and so many songs still to perform. We all wish him well in his battle and our prayers are with him and his family.

Last year’s One Shot was a real stunner and was produced, as with so many other albums, under COVID restrictions so Atkins recorded his vocals with various musicians adding their parts from their own studios and thank goodness we have this technology otherwise the last couple of years would have been even bleaker. He has very much followed the same procedure with Make It Count which meant sending his songs to the producer (and Pretty Maids band member) Chris Laney for demo preparation which Atkins would then record his vocals too and then the musicians would then lay down their parts. The relaxation of Covid restrictions did actually mean that Atkins could work with some of the musicians in the studio which then allows them to bounce ideas off each other. The line-up remains virtually the same as produced the first album and features a stellar list of musicians from the world of AOR and melodic rock and each has added their own particular brand of magic.

The new album follows the well established format utilised by Pretty Maids and by Atkins on his debut with the album featuring perfectly written hard rock classics with the usual melodic framework and plenty of stunning guitar and a singer with one of the best voices in rock. If either name is new to you then this is as good a place as any to start your education of all things Atkins and Pretty Maids as these guys are the real deal. If you love a smouldering power ballad and epic, anthemic stadium rockers then this is simply perfect for you as Ronnie and his boys have made a perfect AOR album that has classic written all over it. Emotion runs through the album with emotive solos, stunning vocal harmonies and a soaring, powerful performance from Atkins that shows how much he still has to give.

Let’s hope that Ronnie has plenty of time to continue to serve up such high quality, hard punching melodic rock albums. As with everything else he has ever recorded Make It Count is an essential listen. 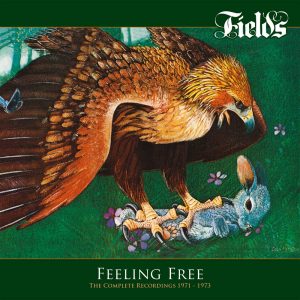 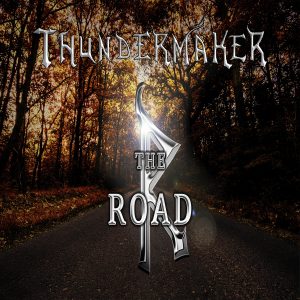