Powerful groove laden riffs with flourishes of oriental and middle-eastern influences in their soundscapes – Russia’s Shokran have made a name for themselves in recent years as a household name in the European progressive metal scene.

Despite being approached by various record labels, the band decided to maintain their independence and continued to relentlessly tour worldwide, amassing an impressive fanbase who continue to support the band until this day.

Heavily influenced by Egyptian culture and the middle-east, Shokran started as a Groove/Progressive/Oriental Metal solo project by Dmitry Demyanenko in 2012 where he released his debut EP ‘Sixth Sense’. In 2014, Shokran transformed into a full-time band, and subsequently released the debut LP ‘Supreme Truth’ and after that in 2016, ‘Exodus’.

Thematically, the band’s music revolves around Egyptian Culture and their album Exodus was a conceptual work that spoke about the 10 Plagues of Egypt. Continuing their conceptual work, Shokran’s latest 2019 album ‘Ethereal’ tells the tale of a protagonist that is trying to find himself through ethereal multidimensional wanderings.

Following on from the release of Ethereal, the band have now revealed a music video filmed on their Eurasian tour for the song ‘Nature of the Paradox’. The song combines intricate, ambitious and melodic riff-mongering, with east meets west undertones that shimmer alongside the impressively polished almost pop-like vocal harmonies.

Andrew (Vocalist) says this about the video

“This video was actually meant to be released directly after our Eurasia tour but we weren’t 100% satisfied with it and well- things just got busy and then Covid-19 happened … when we were asked to participate in the Euroblast Festival: Homecoming stream we were like – wait – we do have a video! We worked on it a little bit and now it’s out! And we love it! It gives us some positivity and drive to work even harder on our new album.”

Shokran has performed at the likes of UK Tech Fest, Euroblast, carried out many headline and support tours to showcase their music and will support Jinjer on their Macro World Tour on the Russian leg on 26th and 27th November 2020. Shokran will also perform at Radar Festival next year. 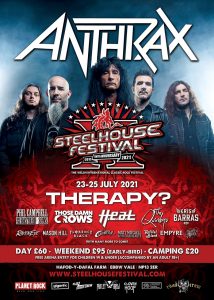