Samuli Federley is a Finnish heavy metal guitarist and the term shredder is ideally suited for his fast and frenetic style and delivery as seen on his fine and heavy 2012 album Quest For Remedy. Since then, he has released a couple of EPs but now returns with this classical inspired album on which the music is as exactly described in the title.

Federley has a wonderful 8 string guitar which can be seen on the album cover and this amazing instrument allows him to produce more sounds than you ever thought a guitar capable of. As with many neo-classical shredders he has a love of classical music and has always wanted to combine the old classics with the electric guitar yet still remain true to the original scores. For sure, this is a concept seen many times before and there can be few heavy metal guitarists who have not sneaked the odd orchestral piece into their repertoire.

The album sees nine classics or excerpts given the special Federley treatment and he does this with panache and a great deal of love. He has basically remained true to the original concept and has not used the exercise as an exercise in showboating excess. Many of the songs are only a minute or so long so you get a flavour without the music ever becoming cloying or over the top. In fact, at only 28 minutes I would normally be complaining about the length of the album but, in this case, this time is ideal as it allows you to enjoy the music without it ever being in danger of slipping into pretentious territory.

You can see from the track list that Federeley has covered a rather diverse set of songs and some far more whimsical than others but all work rather beautifully and show just what a talented musician he is. What is interesting and, I think, different to other albums of this type is that Federley approached the concept from the angle of wanting to showcase the electric guitar as an instrument that could work within an orchestra rather than taking the music and cranking it up in true heavy metal guitar god format. Of course, as a Finn, Federley simply had to cover Finlandia by Sibelius which is music very much close to the Finnish psyche and one of the endearing symbols of the fight against Russian control and he performs the music with great warmth and reverence. The album closes with the short and jaunty Variety and this certainly leaves you with a smile on your face. 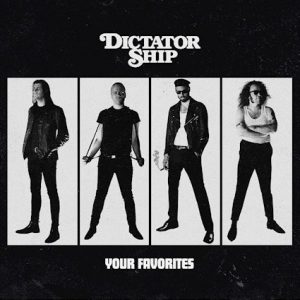