School Disco are a young band hailing from Brighton, formed in 2016 and producing a nice blend of psych rock, indie rock, pop, post-punk and hard rock, pretty much on a DIY basis. The band are set to release their second album The Head’s Still There, due out on 6 August 2021. This follows on from the three-piece’s 2019 self-titled debut album, and more recently the single Echoes, taken from the new album. They’re a trio when playing live, comprising guitarist/vocalist/multi-instrumental Rory Lethbridge, drummer Troy Holt; and one of three or four bass players! The majority of this album though has Rory doubling up on bass, with some additional vocal support from long-time friend Elliot Stanford of Bebe Music.

The band’s debut work was highly regarded by fans new and old, a sample of reviews saying:

“You’ll be bombarded with dirty guitar riffs, heavy drum noises, and slimy vocals, and they’ll
slide right into your ear and stay in your brain for years to come” – Independent Music News

Actually, this new album The Head’s Still There isn’t remotely as fuzzily heavy as you might be led to believe from the above quotes, it’s much, much more tunefully psychedelic, in a very late 60’s style – not just early Floyd but also early Sabbath, very early Purple, the list could be very long, and that’s before you think about more contemporary stuff. The band has clearly been influenced by a wide variety of garage rock, electronica, Krautrock, Stoner rock, Psych, Pop, and much more. Each of the nine tracks varies from its predecessor, with plenty of quirky twists and turns along the way, so the interest never wavers!

The album opens with Poison, a whopping dollop of sludge rock akin to Hawkwind, Uncle Acid and the Deadbeats, or Ruff Majik. It’s got a lovely booming, hollow sound-mix, especially on the bass-line. A fuzzed out riff forms the meat of the track. The recently released single Echoes then follows, reflecting on how sounds heard at night can seem louder and larger than they are. It features twin vocals from singer Rory, accompanied by old mate Elliot Stanford, to give a sense of early Pink Floydian psychedelia – think ‘Arnold Layne’ or, even more so, ‘Echoes’ itself (geddit?). Touches of riffs from Sabbath, Hawkwind, and Tame Impala also add to the fuzzy image. I particularly love the VERY retro guitar work, swooping in and out of the fuzzbox.. It has an almost gentle chorus providing a dream-like dynamic, before winding into a wild finale.

Pay The Price II is slightly lighter, pacey, still with warbly, psychy vocals, and providing more ‘out-there’ fuzzy guitar – straight out of the garage, all good fun and very 1969! Break is then very different, quite wacky, I swear that’s a kazoo! It is rather light-weight, a bit of fun / filler?

Moments Gone is back on much safer ground. The spaced-out vocals continue, floating along in between some nicely Sabbath-esque riffs. It’s also quite reminiscent of Supergrass, particularly when two-thirds of the way through, the song morphs into something gentler, tinkly keys and a sort of ‘lounge lizard’ feel to the mix of the drums! Turning Winds maintains that psychedelic groove, warbly vocals shimmering through the airwaves and a deceptively simple guitar-led arrangement, building organically into something Hawkwind would again be proud of, without the 15 minute digression – I like it! Isolation Never Knows then manages to perfectly capture the sound of Lou Reed singing to a background that smacks of a “resident big band”! Gently pastoral Velvet Underground, anyone?

O.O.C. (Out Of Control) is then something different.It’s about three times as long as everything else, more akin to a mix of Supergrass crossed with The Buzzcocks, before an extended, almost jazz-blues work-out ensues! Fascinating, as I’ve said earlier, it’s so 1969 it’s quite unnerving! To Be A Friend concludes the song-set, it’s back to that weirdly charming mix of early Floyd/Lou Reed vocals, with tuneful guitar licks floating around the story. Think of The Stranglers half singing, half narrating La Folie (but not in French), and you’ll get the picture!

I can imagine these guys having an absolutely fascinating, eclectic, collection of music at home! The sound-mix deliberately emphasises that boomy, echoey, vibe whilst staying completely clear. It’s absolutely drenched in a retro feel, I’m now intrigued to see these guys live in a sweaty Cavern-like venue!

School Disco On The Following: 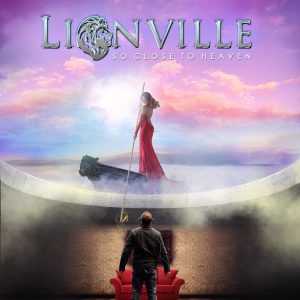