Despite it being 24 years, the spectre of the Max Cavalera’s acrimonious departure from Brazillian pioneers Sepultura still hangs thick. Even practically on the eve of the release of their new album there was yet another spat based on an interview that vocalist Derrick Green gave recently, a positive comment nicely stirred up and twisted.

Among the mud slinging, the Cavaleras are doing their own thing and Sepultura are doing theirs. And what can be forgotten all too easily is following a schism that happened all those years ago, Sepultura has released some great albums. Some fucking great albums in fact. And Quadra – their 15th album – is something of a masterpiece.

Sepultura is a band that has never stopped moving forward and evolving and that was true, that refusal just to turn out any old tat under their name has been admirable and 2017’s Machine Messiah was something of a prog infused throwdown. Bristling with adrenaline and creativity, it had a confidence and a rocket attached to its rear end; an album which felt like a new arrival and it hustled into the school yard to show the young pups how it was done. Machine Messiah may have been ‘one more’ in a long and varied discography but it was not just a Sepultura record in the sense that it was not about formula and that this band still had a lot to give.

And new album Quadra does indeed build on that and ensures that the quality is maintained to create a soundscape that, yes is face melting but is wrapped around intricacy that delivers a record that will have listeners fishing around for new detail in years to come.

Guitarist Andreas Kisser seems to be on a mission, there are some inspired leads and as a musician has always aimed at precision and knocking it out of the park when it comes to playing; but Quadra is top to bottom a barrage of great playing and it is impossible to knock Eloy Casgrande’s drum work either. And then there is Derrick Green, a vocalist that has made Sepultura is home and deserves to be in front of that mic stand. And at second track Means To An End, all of this comes together, those wild leads, fluid drums and Green that barks out an ear worm of a chorus. And Quadra is ram packed with those moments whether it is the ram raid thrash on Last Time; Capital Enslavement’s “warring angel” violins wrapped around tribal drums and even instrumental The Pentagram shows a fluid experimental edge while Kisser shows even more of what he can do with a guitar.

What Quadra does, it puts on a display, there is no window dressing her, even in a heavy genre there can really be no limits what can be achieved when it comes to experimentation and adding depth and texture; Sepultura appear fearless in their approach to their core sound and building around it to make music that is both brutal but engaging and the lack of compromise kicks up the dust to make both and thrilling and thoroughly enjoyable ride through Sepultura’s world. With the record being set around a concept, there is even more engagement where listeners are being asked to dig deep and be immersed into their stratosphere.

It is sad that modern day Sepultura is still measured to their early days. The band has not forgot where it came from and always took their responsibility of being trailblazers seriously enough to produce albums worth remembering and holding on to. While their journey has not been an easy one it has been interesting and the ‘never give in’ attitude has always stood out in their material but is stronger than ever in both Machine Messiah and definitely in Quadra – two releases that definitely have ‘inspired’ through their core, Sepultura truly has surpassed itself in delivering an album that they should be well and truly proud to have their name attached to.

Began a musical journey running Queensrÿche's official UK campaign in the late 1980s/early 1990s. Former reviews editor of the Classic Rock Society's 'Rock Society' magazine; features writer and Graveyard Shift scribbler. Decided that I was born a metal head, will entertain anything in the genre but especially thrash and death metal. 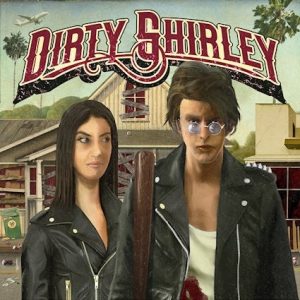