The list of quality German power metal bands seems to stretch on forever and with many of them being every bit as vital as the earth shattering and monumental Judas Priest. It is testimony to the Priest that they have, effectively, influenced so many bands to create metal in their image and in doing so provide us with so much amazing metal to bang our heads to oblivion. Serious Black is such a band having formed in 2013 by bassist Mario Lochert and guitarist Roland Grapow, both musicians with power metal backgrounds so it was almost inevitable that they would combine their prodigious talents to create the monster that is Serious Black.

The debut, As Daylight Breaks, came out in 2015 and immediately marked them out as a band with huge potential and very much a band to keep a close eye on as they had everything in place and were the real deal. Vengeance Is Mine is now the band’s sixth album and there have been quite a few changes in line-up over the years with Roland Grapow leaving after the first album, but it is the last two records, Suite 226 and Vengeance Is Mine, that has seen the majority of changes. Only two of the original team now remain in Mario Lochert on bass and the master shredder Dominik Sebastian and he keeps those essential lead guitar breaks coming throughout the album, but the real change for the new record is the departure of vocalist Urban Breed which came as a big shock to the fans, and such a seismic shift has often proved fateful for a band – but the guys have got together to produce a power metal classic that has quickly suspended any beliefs that the departure of Breed signifies the end of the band! Breed left the band early last year which led to plenty of frantic moments, but the band has recovered well with the recruitment of Nikola Mijic, a man with a soaring metal voice ideally suited for the guitar driven metal sound of Serious Black. Of course, he is not Urban Breed and neither should he be considered so as he brings his own style, voice and personality to the band and the message from them is most definitely onwards and upwards.

If you are a fan then you can expect the same powerful and frenetic drums, pounding bass and simply searing guitar that the band has always delivered with a new singer very much taking over the ownership of the front man’s duties. The band has written some of the best material they have ever produced and, just maybe, a little adversity brings out the best in the band as Vengeance Is Mine is a simply stunning heavy metal album and is as good as anything they have released to date. Mario Lochert and Dominik Sebastian have a definite vision and plan for the band and nothing is going to change their commitment to producing amazing power metal and it seems they have found a kindred soul in Nikola Mijic so the band is in a good place and has just released a killer album that should increase the fanbase exponentially. Rami Ali remains on drums and the good news is that Bob Katsionis returns to the band which crucially makes them a twin guitar outfit and they make the best of this with the album being truly guitar heavy. The opening track, Rock With Us Tonight, is a real statement of intent from the band as they lay down a real pounding and screaming beast that is a solid template for the album with the energy levels and quality set at max throughout the 53-minutes of metal mayhem that the band has unleashed for us. There are a couple of power ballads too but the power level never drops and you know that you are never far from a killer solo from Sebastian that reminds a little of Savatage at its mightiest and Edguy in its prime.

There have been changes but the new singer has settled in seamlessly and the band has responded with probably the best to date so everyone is a winner. 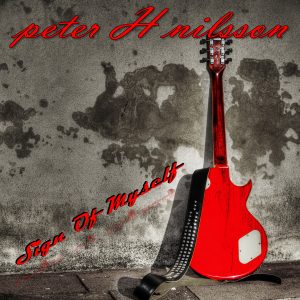