Hailing from Boston in the US, Seven Spires is a female fronted metal band which came together in 2013 when they all met at The Berklee College Of Music and embarked on a metal path that very much takes the darker and heavier route. In effect, they are a band that takes in progressive, symphonic, dark and death metal to create their own hybrid of heavy metal mayhem that hits you like a hurricane and leaves you in a drained and exhausted state! Gods Of Debauchery is the third album and follows Emerald Seas which was their first on Frontiers in 2020 and the debut, Solveig, which came out in 2017 with all three being a very ambitious concept album trilogy.

It is refreshing to see that Seven Spires has kept the same line-up since inception with the vocalist and keyboard player Adrienne Cowan, Jack Kosto on guitar, Peter de Reyna on bass and Chris Dovas on drums but there has been a definite move towards darker and harder edged metal than on Emerald Seas. For sure, the melodic and progressive elements remain yet they are fluidly melded with a more direct metal so you get something a little like a Kamelot meets Dimmu Borgir so it remains symphonic but not too extreme even though we get far more of the darker and slightly guttural vocals.

Adrienne Cowan continues to build her reputation and has rapidly become a favourite of Sascha Paeth with his Masters Of Ceremony project and as a touring vocalist with Avantasia too. She packs a real punch as a singer with a little of Geddy Lee in her delivery and has a pure and crystal clear voice but she also is very adept when going deeper and grittier. There remains a real symphonic flavour to the band’s sound and I’m not really sure that progressive metal, death metal, doom and gothic metal should work so well together but it does which gives the band such a huge and epic sound. As with previous releases Cowen switches between clean and dirty vocals with aplomb and I remain amazed how she manages to be a singer with two very contrasting sides as she has the voice of an angel yet is equally at home with her devilishly deep growls but they work exceptionally well and especially so when combined in harmony. Watch out for a mighty fine duet on This God Is Dead with Roy Khan, the vocalist with Conception and former singer with the ever impressive Kamelot which is epic.

Seven Spires has taken a huge leap forwards with this most effective album that punches like a super heavyweight and it shows that the band has the ammunition to stand toe to toe with any contenders. The album features sixteen tracks and runs at a mammoth seventy eight minutes and is sure to become a future band classic as they continue to grow and develop as a fine stadium rock band that can cut in on stage and in the studio too. The tempo is kept high throughout as even the couple of ballads on the album cannot help but rock out and show that this is a band to play loudly and often. The quality standard on Gods Of Debauchery is remarkable given that this is a band only three albums into its career and it shows that they are going to be massive. Buy the album, set the volume to maximum and headbang the hours away in a real heavy metal frenzy, nothing finer! 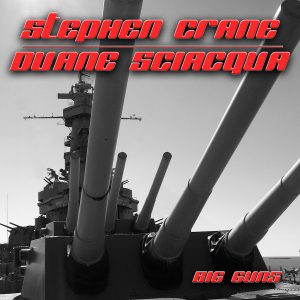