Shape Of The Rain. If you are immediately asking ‘who?’, then you are in good company, as I have to confess they are a band who had eluded me as well until this release appeared. In actual fact they were a band formed in Yorkshire around the mid to late ‘60s, who did the hard yards in the small venues for years before eventually getting signed up by RCA for their sole album, released in 1971. In truth, they were ill served by this contract as the album was issued on the short-lived, and rather niche, RCA Neon imprint, home of the more wilfully obscure alternative or progressive bands of the time. Being a melodic, tuneful band characterised by excellent vocals and folk and country influences, this wasn’t a marriage made in heaven, and the album sank with all hands. However, do not fear as Cherry Red, through their own rather alternative Grapefruit label, have now bundled together a host of unreleased live and studio material to expand that single album into a triple disc extravaganza!

Let’s start at the beginning though, on the first of the three discs here, and the band’s album. If they were searching for the most hopeless title they could possibly bestow on an album already labouring on an incompatible label, then Riley, Riley, Wood And Waggett would certainly hit that mark. Sounding like a firm of solicitors, or perhaps a Sheffield United back four from 1955, it was of course the names of the four band members, but that is hardly the point. How many people looking at the album, in the days of Emerson lake And Palmer or West Bruce And Laing, would have assumed that to be the band name and Shape Of The Rain the album title. New band rule one: try to confuse your audience. Hmm…

All of which is unfortunate as there is some really nice stuff on this very varied album. Patterns has some lovely Byrds-ian twelve string, while the opener, Woman, is a beautifully constructed psych-pop-rock gem. There’s a very nice acoustic pastoral feel to Willowing Trees, while the band also show they can stretch out a bit on the albums longest tracks, the decidedly prog feel of the (perhaps appropriately titled) Yes, and the closing two-part Broken Man which shows the band almost jamming as the track goes on. It’s a nice, loose, open-air sort of album, akin to when Traffic were ‘getting it together in the country. The cover probably also didn’t help, unfortunately, with its rather washed-out sepia photograph of the band posing around a doorway – which was in fact taken on the set of the film Oliver!. It’s sort of classy, with the theme extending into the inner gatefold as well, but it didn’t scream ‘buy me’ to casual browsers. You get a reproduction of the full gatefold here though, which is very nice. The first disc is filled out with a very country-rock single My Friend John, and a host of demos by guitarist / vocalist / chief songwriter Keith Riley. These are generally nice if underwhelming.

The second disc is mainly occupied by the contents of a CD released a few years ago of unreleased recordings and known as ‘The Red Album’, which contained nineteen tracks recorded between 1968 and 1973, including a couple of demos of the tracks from their album. Three more songs are tacked on the end. There are some good ideas here, but they are generally underdeveloped, and one in particular called Advertising Man is chiefly notable for its apparent attempt to rewrite Paperback Writer. It’s an inessential disc, but the third CD is much better, being comprised of fourteen live recordings from three different shows, in three different years. With some tracks not even appearing on the trawl of Disc Two, it’s a fascinating collection, with most of the material showing the band to be a much more vibrant and lively proposition on stage. The recording quality varies a little of course, but it’s more than good enough for unreleased recordings from that time.

All told, this is a nice little box of stuff from a band you might have always somehow missed, and while the second disc can perhaps be skipped, the original RRW&W album, and the live disc, make very entertaining listening. Plus a hefty booklet which will enable you to go on Mastermind with a specialist subject of ‘Shape Of The Rain’. Nobody would expect that! 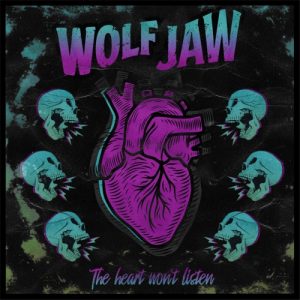