Books of lyrics are nothing new, of course. Many rock wordsmiths have toyed with the format since the groundbreaking The Beatles’ Illustrated Lyrics was published in 1969, with its remarkable cavalcade of colourful illustrations by the masterful Alan Aldridge. Bob Dylan has had the treatment, with his own drawings. Peter Hammill has put out a couple of volumes. What we have here is Ian Anderson collecting all of the lyrics he has penned for both Jethro Tull and his own work, but the unique selling point here, apart from the sumptuous quality of the volume, is the selection by Ian himself of his own photographs to illustrate many of his choice songs – essentially one chosen per album. These are not only fascinating visually, but also captioned with full details of when, where and how the shot came about and its relevance to the lyric in question in Ian’s own mind. It’s a fascinating glimpse into his own thoughts behind the words, and his own fertile and imaginatively creative way with a camera.

The book opens with an extensive introductory preface by Ian himself, wherein he explains in depth about what he covers in the book and how, and the general process of his writing. It’s a fascinating piece in and of itself, running to a weighty seven pages, and gives the book a whole extra dimension. Even before that, however – and quite marvellously – there is a ‘Foreword by Gerald Bostock’, being a potted history of Ian and the band told in the third person by the fictional child ‘behind’ the lyrics to Thick As A Brick. It’s a wonderfully typical piece of Anderson whimsy, and the perfect note on which to open the volume. As ‘Gerald’ finishes his piece in inimitable style, ‘Bugger me stiff with a red hot poker, but I feel a song coming on…’ – you didn’t get THAT in the collections of Dylan’s words!

The book proceeds to list every set of lyrics – yes, that’s every single song released, around 250 or more of them – by album, or associated CD bonus additions to said albums, and finally some orphan songs rounded up at the end lest they escape into the wild. It’s the most diligently complete job, but in point of fact it is so much more than that, as Anderson has himself painstakingly gone through listening to each and every song to check that the lyrics are exactly right as to what was sung on the record. So, unlike lyric websites which are prone to errors, or even the lyrics reproduced on the albums which could be subject to some changes, this is the definitive guide. The title Silent Singing even comes from the process he did in his head as he was checking the words.

Still, even the most comprehensive and exhaustively checked compendium of lyrics would be a fairly dry tome if just presented ‘as is’, and this is where the design of the book comes into its own. Each album is introduced by a classy full page containing the album cover and a couple of columns of supplementary text about it from Ian’s busy pen. As remarked on earlier, there is one full page photo and caption for each album illustrating a particular song, and in addition to that there are a number of original sets of hand-written lyrics pictured, sometimes embryonic early drafts, which again is fascinating.

The book itself comes in three editions. The basic edition is itself far from ‘basic’ in its appearance, being a hefty and lovingly tactile hardback, but in addition to that there is also a limited signed edition and an absolutely sumptuous – and ‘reassuringly expensive’ – deluxe leather-bound, extremely limited edition which will have fans salivating.

To paraphrase a popular advertisement, ‘This isn’t just a lyric book – this is an Anderson lyric book’. Your shelf is already appealing for this!

The book is released in June, but you can already pre-order it now 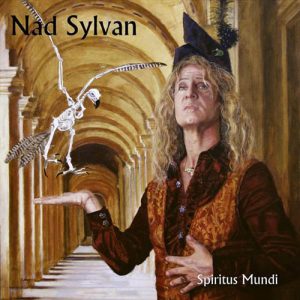 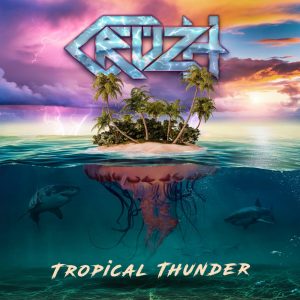