We now come to the second album by Silent Skies, the most exciting collaboration between Tom S. Englund, vocalist with the Swedish progressive metal masters Evergrey, and the pianist and multi-instrumentalist Vikram Shankar. It is only two years since Satellites virtually turned the world on its head as you would have thought that such a pairing could never be but it happened and the exquisitely sublime Satellites was the fruit of their union.

Tom S. Englund is obviously better known as the voice of Evergrey, a simply stunning progressive metal band from Sweden, and the American progressive metal band Redemption and his name alone has always been the guarantee of excellent metal and sublime progressive metal with a real edge. His vocal skills are exemplary and his range and power something that everyone simply must experience. The American pianist and multi-instrumentalist Vikram Shankar is a composer, arranger and producer with a love of rock, progressive, metal, classical, jazz, film scoring, pop, and folk genres which makes him a much sought after musician and he is most definitely used to working with big, ambitious and cinematic scores so the combination between these two great talents was always guaranteed to produce something that would be electric and eclectic.

As with Satellites the music is bleak and melancholic but ever so achingly beautiful and there is something ethereal about the combination of a simple voice and piano that really does eat into your soul in a truly magical fashion. Nectar is most definitely the next step on from Satellites and what went before is very much the theme of development here with the two huge personalities again creating a work that is another stark, hypnotic, cinematic and melancholic masterpiece. The work is steeped in heart breaking emotion and delivered with a beautiful fragility that marks the work out as a movement of sheer genius. The piano work of Shankar is elegant and atmospheric with Englund sounding so heartfelt and sublimely gorgeous and the two just sound so right together. This is basically a piano and vocal driven work although Raphael Weinroth-Browne from Leprous lays down background cello throughout that is so vital to the edge that the music has. Indeed, it must be very hard work indeed to make the music sound as simple and reflective as it does!

Nectar is one of those alums that you can totally de-stress to at the end of a particularly troublesome day as it is absolutely impossible to remain in an agitated or angry state when listening to such a wondrous musical score. You cannot help but think about artists like Mark Hollis and later period Talk Talk, the works of Tim Bowness, Sigur Rós and Dim Grey when you play the album as all seem to have perfectly summed up the art of dark melancholy that is paradoxically so uplifting. Mere words can never do full justice to such a beautiful and haunting work of art and you are highly recommended to seek out this fine work and revel in the sheer beauty and starkness of the piano, strings and emotionally evocative vocals. 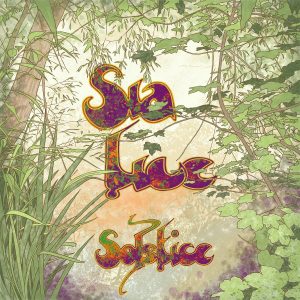 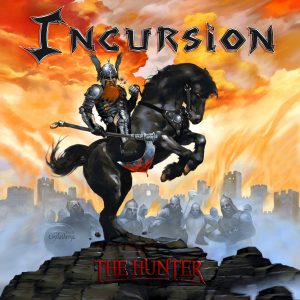