Six Foot Six is a classic heavy metal rock band formed in 2018 by Kristoffer Göbel and Christoffer Borg and it appears that the decision was made by the two Swedish musicians during mixing sessions for the solo album recorded by Göbel which went under the title of The Six Foot Six Project.

The first album comes across as something of a hard rock meets melodic rock hybrid and suffers from an identity crisis as it doesn’t seem sure which camp it should be in. Göbel brought in several guests for the projects and it really does feel as though it is trying to be all things to all men but it is an interesting and very likeable album all the same. Obviously, the roots were there and gave a stable platform to build upon which allowed vocalist Göbel and guitarist to bring in Markus Gustafsson on bass and Henrik Hedman on drums for the new album, you can decide if it is the debut or second album, and the effect is quite startling. End Of All is a very classy, old school heavy metal album that has the power and majesty that the giants of ’70s metal had but also adds a touch of the intensity of power metal whilst maintaining the melody with the addition of hook laden songs to ensure a healthy commercial viability. Kristoffer Göbel is a former singer of the Swedish power metal band Falconer and he has a powerful and soaring voice with a touch of throatiness that makes for a darker and grittier edge which is simply perfect for heavy metal and Christoffer Borg is a perfect guitarist with a talent for heavy, thrilling riffs and mercurial solos. There is more of a band feel about End Of All than there was on the initial Six Foot Six Project release and the music is heavier, more direct and far more guitar oriented. Influences are many and you can pick up shades of Shadow Gallery, Edguy and Helloween plus many others like Judas Priest an Accept and this gives the band a glorious sound that is heavy but tempered by great hooks and delightful vocal harmonies. It looks like Göbel and Borg have found a winning formula and have produced a rather excellent metal album in End Of All.

I love the artwork by Stan W. Decker (Dragonforce/Rage/Primal Fear) which shows a very disturbing character in 17th Century plague doctor garb which is very appropriate given the current situation that we are all living in; I just hope that the album title is not too prophetic! 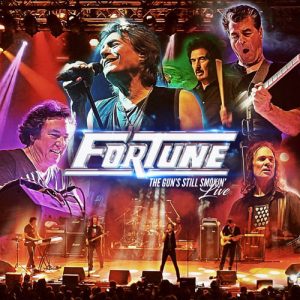