What is left to say about Slayer? For nearly four decades the LA foursome have been the pure embodiment of thrash metal, unrelenting and at the same time – reliable. Even in the 1990s when thrash seemed like nothing more than a memory, Slayer entered the decade on the still stunning Seasons In The Abyss and spent the next ten years surviving. While any Slayer was better than no Slayer, 1994’s Divine Intervention and 1998’s Diabolica In Musica were not the easiest of albums to love and it took the turn of the millennium to really feel the return of the band.

The 1980s is always the decade that will be viewed as the defining moment and 1986’s Reign In Blood in particular. And with good cause- some 33 years later, Reign stands out as not only a defining album in Slayer’s career but in metal as whole, 29minutes of unbridled ferocity so unrelenting that the passage of time has not dimmed its black flame. And then to slow it down on the follow up and be even heavier on 1988’s South Of Heaven was sheer genius.

It is not possible to be thrash metal’s poster boys and not upset a few sensibilities and Slayer were not short of ideas that courted controversy and throughout their career were accused of either being Satanists or having Nazi sympathies. While one was symbiology which was endemic in metal, the other was founded on nothing more than a songwriter having an interest and telling a story from a perspective. Slayer are masters – whether it was ‘Nazi butcher’ Josef Mengele on Angel Of Death or Ed Gein on Dead Skin Mask or 9/11 from the terrorist’s point of view on Jihad – Slayer are story tellers of the darkest kind but that is what made their songs so fascinating, the digging into the deepest holes in human history and tapping into the psyche of the vile.

Outside of the lyrical content, the band has experienced their own dark times, line up changes following drummer Dave Lombardo leaving Slayer twice and then the sad and untimely death of guitarist Jeff Hannemann but Slayer continued on and won out whether to some fans it was not the “real Slayer” or not.

And now it is over. Slayer are done and it is time to say goodbye to one of the greatest bands in metal history. And why Slayer are calling it a day – whether it be vocalist/bassist’s hardly-a-secret wanting to spend more time with his family or whether Hannemann’s death and last ever musical contribution which featured on the band’s final studio album Repentless in 2015 – does it matter? Slayer has given nigh-on four decades and they have earned the right so say “it’s time.”

While there will be no new studio album to say that final goodbye, Slayer do commemorate their world circling final tour with a live document with something of a difference. With the release of Repentless came three music videos, Repentless, You Against You and Pride And Prejudice all with a common story thread and this now comes as a complete package and a whole short film which makes up one part of The Repentless Killogy and a full live show filmed at The Forum, Inglewood, California tagged onto the end. The music itself is available on a 2 CD digipak.

The movie is an ambitious project but it does have some issues. Featuring horror stars such as Bill Moseley (House Of A Thousand Corpses/Devils Rejects/The Texas Chainsaw Massacre) and Tyler Mane (X-Men/Troy/Halloween), Jessica Pimental (Orange Is The New Black), Danny Trejo (Machete/From Dusk Til Dawn) with very little spoken words, the visuals are virtually based on extreme violence and gore. While this is unlikely to offend many (if any) Slayer fans and while the film is well done and seriously graphic, with hardly any spoken words, it lacks any acting oomph for its stars and just relies on cool fight choreography and gruesomeness while serving to join Slayer’s music videos together. If there is one positive, at least the movie does a better job of not meandering through the live performance like Metallica’s Through The Never did – although it does tie into it in one amusing scene featuring the band..

The live performance itself is where Slayer excels and the 21 song setlist is as exhilarating it gets when it comes to home video live documents, the quartet, Kerry King on guitar, Tom Araya on vocals, drummer Paul Bostaph and guitarist Gary Holt being on seriously top form. The setlist comprises of tunes from Slayer’s back catalogue and not for one second does it feel like a performance that is phoned in, the absolute hammer down of Repentless is truly stunning, the King/Holt partnership shows what could have been and while totally different performers, the head down of King as opposed to Holt’s doing a fair bit of wandering, the guitar sound is totally on point. Repentless is well represented in When The Stillness Comes, You Against You and Cast The First Stone but choice cuts from the older albums are not short of highlights with Dead Skin Mask and Seasons In The Abyss being standouts. The last five songs Hell Awaits, South Of Heaven,  Raining Blood, Chemical Warfare and the ageless Angle Of Death are truly remarkable and when Tom Araya says “goodnight” to a baying crowd, it really truly does feel like the end.

From the visual point of view on the blu-ray, the edits are quick and exciting, flitting between the band and closeups, the crowd and long shots. With enough fire to keep Guy Fawkes happy, the presentation is spot on and fullfills everything a live concert at home should. Equally, the audio on the CDs makes its mark in a solid package. There is some disappointment in that there is not a total package available, a lavish box set that brings the CDs and blu-ray together which leaves them to exist as separate items. While on one hand it provides a choice and fans will grab both, it is an event without the glory of an ending in a full-on package that would have easily worked to celebrate/commiserate.

In the end, it’s top marks for the live performance whether it be the blu-ray or the CDs and this alone could have been a fitting final product for Slayer, the movie on the other hand feels sloppy and while it meets the gorehound’s sadistic needs, it is lacking.

Slayer remain one of the ultimate bands that arrived as part of the golden age and stayed through every peak and trough thrown at them. There will never be another act like them. So for the final time…bow your heads, raise those horns….FUCKIN’ SLAAAAAAAAAAAAYEEEEEEERRRRRRRRRRR! 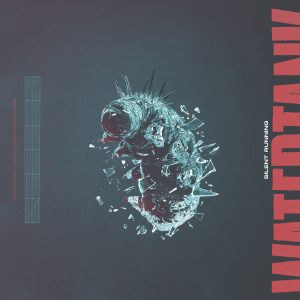