“A State of Dystopia is defined as an imagined (hah!) state or society in which there is great suffering or injustice.” No, I’m not about to get political with you all, I’m just pleased to report that Son of Man are about to release their second album, with that title, as a follow-up to their self-titled debut from 2016. I stumbled upon that debut quite haphazardly, despite being a fan of the legendary Welsh rockers “Man” for much longer than I care to mention – about as long as the Velvet Thunder “Chief Editor” (my tag!), Mr Vickers, has been on this earth!

How to summarise Man, for the paupers among you who might never have been blessed with a listen? To cut a VERY long story VERY short, they were at the epicentre of a circus of absolutely great Welsh rock bands that seemed to be based on Swansea and Cardiff in the late 60’s and 70’s, all of whom had fabulous guitarists, singers and rhythm sections performing amazing tunes that featured tuneful, quite heavy rock, prog-rock, pyschedelia, blues, occasional hippydom and extended live meanderings….bands like Man, Budgie, Sassafras, Help Yourself, grief, there were so many, and so good!….

But time moves on, people come and go (the Man family tree being a uniquely huge and all-enveloping example of that!), and a new generation has taken the stage. Where Micky Jones was lead guitarist for Man, so his son George Jones leads for Son of Man. Gives a clue to their name, nothing too religious…The band, though, are just that – a really tight five-strong collective, each member of whom is top quality. In addition to George, we have Glenn Quinn also on guitar (and bass); Marco James on keyboards; Bob Richards on drums; and last but definitely not least Richie Galloni on lead vocals. Richie and Marco were both in a late version of Sassafras, Bob played with a late version of Man (alongside George) and also with Asia for a time, and all of them are still very much part of the extended Welsh-rock musical family.

Live, Son of Man perform a mix of their own material and some of the older original ‘Man’ material. They’re equally at home with both, and consciously carry a flame for those who have gone before. They don’t ‘meander’ in the way a Man gig used to pan out, but they bring a freshness, energy and enthusiasm to playing live and in their new material that is completely contemporary. They have earned much acclaim for their powerful live shows, and it’s about time they were touring again – and this time a bit further north! (plug, plug!)

Talking of new material. I thought their 2016 debut album was a revelation in how different the song arrangements were, whilst simultaneously being faithful to their forefathers’ 70’s style. I know a lot of bands do achieve this, but it’s somehow more important to the spirit of this band, indeed their debut album included a song which contained some original guitar licks previously recorded by Micky Jones. State of Dystopia continues this link, the opener Conscience being an adaptation of an old song that the Manband had produced as a demo for one of their earlier albums. Deke “the Duke” Leonard gave this song to Son of Man, he was the other leading light for much of Man’s career, but sadly left us in 2017. The new mix of the track features a classic “Welsh” riff intro before launching into a pounding blues-driven beat with some lovely touches of slide guitar. George simply hopes that they’ve done justice to it, in dedication to Deke.

The rest of the album is an eclectic selection of tracks showcasing the band’s trademark guitar sound and melodic harmonies. Like the 2016 debut, it is a clean production, with – and I hope I’m not upsetting older Man fans here – a sound that is very “80s / 90s”, more like Sad Cafe, Asia, and dare I say Kansas, Foreigner, even Eagles. Gone (on CD at least) are the longer, psychedelic noodles of old, but back in the day Man were also always described as being very West Coast influenced (America that is!), and I think that link is stronger than ever. Powerful rhythms are washed with waves of keyboards and harmonies – and what a voice! Richie’s vocals are so strong on all his recorded work, I happen to know even that pales by comparison with he belts it out on stage.

Feeding Time is another steam-roller of a riff-driven anthem, decrying modern society and corporate selfishness (I think!). Bring Out The Best In Me is then a conventional ballad, which could easily be Joe Walsh and / or The Eagles playing – and I cant praise Richie’s vocals higher than that, his voice has that same smooth but laconic, world-weary edge as Joe.”When It Falls Apart” is another relatively straight-forward blues-rock track with added slide guitar and strong vocals and harmonies, with a particularly tuneful bridge section which promises to be a crowd-pleaser when played live. Auto Devotion is perhaps the most “american-sounding” of the lot, a paean dedicated to the life of the open road on US highways, belting along in meaty US supercars. Without having the benefit of the lyrics, I wonder if this is serious, or a bit of a spoof – either way we get some great dual guitars on this track, they’re definitely having fun!

One With The Voice continues in the West Coast inspired smooth, melodic vein – which is not to say the band have gone “soft”, they’re simply making the most of a clean, trans-atlantic sound in the mix which ought to make them extremely accessible to all listeners. Reign of Yesterday then kicks off with chiming Rickenbacker-style guitar licks, it could almost be Roger McGuinn, whilst musically it feels very close to the compositions on the first album. What The Man Said is another that stylistically starts where the first album ended before morphing into pure Joe Walsh beat, lyrics and vocals – it’s great stuff. March With The Drum is a straight-forward anti-war rock song, albeit with some slightly dodgy martial sound-effects at the end. New Beginning is different in its jazzy, bubbly, keyboard bed-rock underpinning a tale of change. Too Many Questions is a powerful anthemic conclusion to the set, perhaps exploring the links between society at large and our inner souls. It starts gently before launching into a wide-reaching tale of our times (not so imaginary!) with a meaty tune, heavyweight riffs and lyrics, earworm chorus, and swirling guitars, extending into and fading out with a classic series of Man / Son of Man guitar riffs and licks….

The Legend continues, long may it survive! 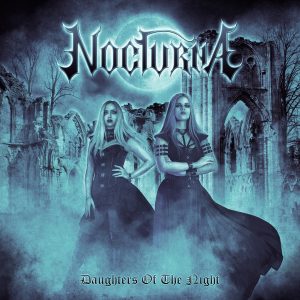 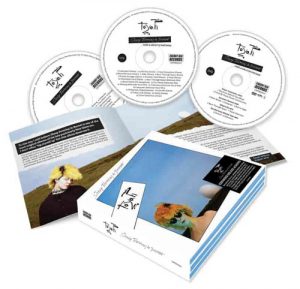 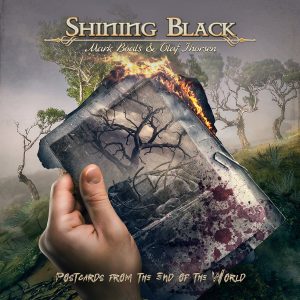