You’d have to imagine a world in which Lou Reed had fronted Hawkwind, and the whole band had gorged themselves on a diet of XTC albums. I know you can’t, and I don’t blame you, but if you listen you’ll understand.

Sometimes something comes in for coverage which is a little off the beaten track. Sometimes it’s very much so. Just occasionally you get something for which you have to leave the beaten track armed with a compass, map, slab of Kendal Mint Cake and five years’ experience of competitive orienteering. Say hello to Canadian oddballs Sons Of Birches, for they reside proudly in those hinterlands where the mainstream dare not go. Fortunately here at Velvet Thunder compasses and Kendal Mint Cake are part of the Welcome Pack, so let’s take a wander into the strange world of Wooden Head.,,

Now, straight away the interest (or the fear level, depending on your weirdness of choice) is raised by the band’s own PR blurb which lists their influences as – deep breath – Hawkwind, Gong, Neu!, The Byrds, Pink Floyd, Ash Ra Tempel, Kraftwerk, The Velvet Underground, The Pink Fairies, Wire, The Stooges, The Moody Blues, Jefferson Airplane… Okay, so I for one am sold! In actual fact the album isn’t quite so certifiable as that list might make it sound, but there are discernible hints of many of those lurking within. Be warned: you may read the word ‘Hawkwind’ several times within this review, as they are definitely uppermost in the SOB affections. Which works for me. In fact, the area in which this album really strikes out from the waking world into the Twilight Zone is in the lyrics, which are bizarre, fascinating and very, very funny all at the same time.

Let’s look at the opening track, the titular Wooden Head. It’s an eight minute track in three parts, which is all very serious and ‘prog’ and all, but it is about a man who has acquired a wooden head. An actual wooden head. I don’t know how, but he seems to require some words of support from the still bone-craniumed narrator, who delivers some pearls of wisdom such as ‘I see you got yourself a wooden head… Guess you’re better off than being dead’ and the very sage ‘I see you got yourself a wooden skull / No existential crises left to mull’ – which is certainly a glass-half-full approach to the problem. Musically this one is pretty hard to describe. You’d have to imagine a world in which Lou Reed had fronted Hawkwind, and the whole band had gorged themselves on a diet of XTC albums. I know you can’t, and I don’t blame you, but if you listen you’ll understand. Now, I’m not going to go through each track here slavishly listing influences, as that would be akin to a band doing a World Tour with a schedule of, say, Spain, Iceland, Portugal, Panama, back to Spain, over to Australia and finishing off in Antarctica. No, let’s look at some highlights.

Right away a big standout track here is a seven-minute behemoth of gloom which is entitled – and I’m quite serious here – Variations On The Title Theme From The Situation Comedy ‘Parks and Recreation’. Now, I’ve seen this show, and while it might be a while ago, I don’t remember it sounding anything like this. The first section of the piece is an atmospherically bleak build-up which doesn’t so much suggest the amusing goings on in a local government office so much as it does the hopeless loneliness of the human soul being crammed into a titanium coffin and fired off into deep space. Probably get less viewing figures I guess, and would certainly screw up the laugh track. The following section is more upbeat and stirring, but it’s the kind of hollow triumphalism of someone claiming a moral victory just as he gets run over by a train. It really is that dark and strange, but against all of the odds it is quite brilliant – and twisting a TV sitcom theme into those nightmarish shapes takes a kind of unhinged brilliance.

What else do we have? Well, there’s Valley Of The Skids, describing a diner in the very seediest area of America’s grimy underbelly in marvellously descriptive terms, past the ‘crumbling clapboard wrecks of elder days’ to a place where ‘you don’t want to go into that restroom’. They are accosted by a skinny tattooed dude who comments that they look like a rock and roll band, as the song finishes on the immortal line ‘So he asks, of course, he asks – “Do you guys play any Sabbath?”‘ Mining a similarly descriptive lyrical vein is We Didn’t Want This Future, painting a picture of a dystopian nightmare against a driving rock backing. One of the real gems, however, is the short, acoustic ditty Song Of The Tastemaker, which appropriately is told from the perspective of someone receiving music into his internet blog page for review. The lyrics here are beautifully sardonic, with the first band written off with five out of ten and the comment ‘My thing is sort of Pavement in ‘95 / And your album reminds me of KISS Alive…’ before the final verse which has arguably the best lines on the record ‘I  know you’re going for vintage E-Street Band, but I’m more of an old skool ambient techno fan / If you send this album to Pitchfork …. They’ll just delete your email’. It’s an absolutely charming song, and relatable to people on both sides of the written page!

The most obvious nod to Hawkwind comes in the inspired track made up of covers of two Hawk songs, Lost Johnny and We Took The Wrong Step Years Ago. Lost Johnny dumps the familiar heavy plod for an acoustic guitar base around which a filthy, distorted lead guitar snakes its way insidiously, the deadpan vocals making it even more bleak than the original if that’s possible, while We Took The Wrong Step cleverly flips the dynamics of both parts by upping the band feel with amplification and drums making this the more rocky of the two. It’s a brilliant lesson in how to take on a cover and make it your own. Finally, ending the album we have the nine-minute instrumental Shine On You Crazy Droneheads – and you’re thinking ‘Floyd’ of course – and you’re right, it is an atmospherically drifting Floydian piece circa the Obscured By Clouds period. However, not having or indeed wanting a Gilmour-type player in the band, the guitar takes Dave Brock as its template leaving us with a mash-up of Floyd and Hawkwind which works so much better than it should. Another contender for outstanding track.

Wooden Head... will probably be one of the more unusual, and uncategorisable albums that you’ll hear this year. But if your ears are the right fit for this, dammit if it might not just end up being one of the best as well! You really want to check this out. 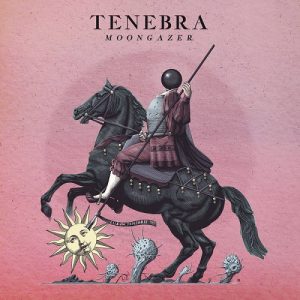 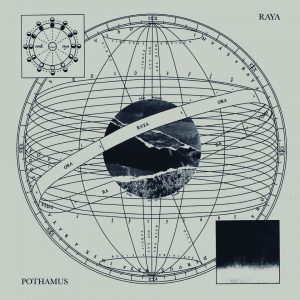 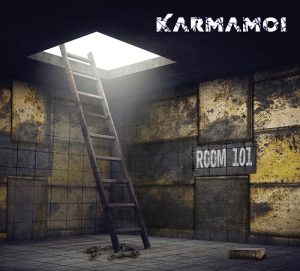