Spellbook wear their 70’s influences on their sleeve but there’s nothing predictable about the album and they have delivered an interesting and varied slab of retro-rock.

Those with a sharp musical ear might spot similarities between this band and the Pennsylvania-based retro rockers Witch Hazel. If so, give yourself a pat on the back because it is one and the same band! Not sure what triggered the name change but their new name is also the name of a track from their 2012 debut album, Forsaken Remedies. Perhaps for loyal fans this new self-referential name might seem cool but personally I think they’ve gone from a moderately interesting name to a rather unimaginative and far from original one.

Trying to pin down the band’s style while listening to this album is an interesting game. Opener Wands To The Sky is a pleasant NWOBHM romp with fast high-pitched vocal delivery from singer Nate Tyson that reminded me of Budgie’s Breadfan (that’s Metallica’s Breadfan for younger readers!). So, I immediately pigeon-holed the album as retro NWOBHM. Next up is Black Shadow which is totally different. It’s starts with a slow catchy guitar phrase over leaden drums and bass which had me rushing to pigeon-hole it as Black Sabbath circa Sweet Leaf. But then a slightly quirky commercial chorus dispels that thought and that’s followed by a harmonica solo of all things! It’s an odd song, it must be said, but somehow works quite well.

The sequencing of the songs is also a curious choice because the first three tracks are the shortest on the album and do not give any hint that the band has the interest or ability to go beyond the five-minute mark. So, I was a little perplexed to then see Not Long For This World had a duration of eight and a half minute. It starts off with a grinding riff (yes, Sweet Leaf again…) and I was thinking of going to make a cuppa since I didn’t fancy another eight minutes of that but then it veers into an unexpected and excellent blues ballad with some good emotional singing from Tyson and fine guitar work from Andy Craven. The track concludes with a faster closing section and overall this is probably the best track on the album.

Another excellent cut is Amulet which is more upbeat and has a lovely tinkling guitar line over rhythmic chords. It’s as if the Sabbath influence has moved along from Sweet Leaf to Technical Ecstasy. The song also has a fine, albeit short, solo in the middle section too. On the CD version, Amulet is five minutes long and segues directly into a two-minute coda of synths, piano, bass and percussion entitled Fare Thee Well.  For some reason, the LP version only has the single version of Amulet, dropping Fare Thee Well, even though space is not the issue since the total album length is only around 45 minutes. The album culminates in eleven minutes of Dead Detectives, an ambitious theatrical piece interspersed with spoken parts. Lyrically, it shares the same world-weary space as Dire Straits’ Private Investigations.  Musically, the surprisingly jazzy piano-led sections are excellent while the heavier parts are a bit more routine and the song has an overall disjointed feel. The band may have overstretched themselves just a touch on this one.

The band’s press release states: ‘There is no formula. There are no rules. Write what feels good. The best songs win.’ Press releases can be off the mark sometimes, but that statement captures perfectly the approach taken by the band. Spellbook wear their 70’s influences on their sleeve but there’s nothing predictable about the album and they have delivered an interesting and varied slab of retro-rock. 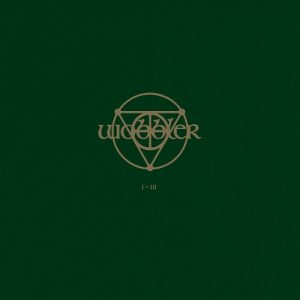 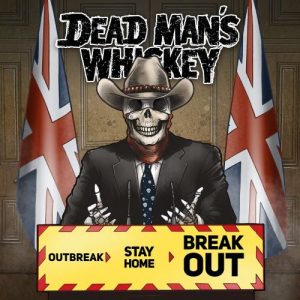 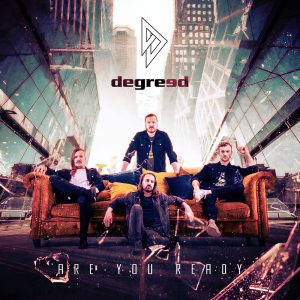