The German power/thrash metal band Squealer has long been a guaranteed supplier of hard and very heavy metal ever since its inception in the mid ’80s with each of their albums being greeted with equal delight by its quite devoted fan base. However, the recorded output is hardly prolific with the publicity stating that this is just album number ten but I have only been able to account for nine studio releases so, I assume, they are including the compilation album End Of The World from 2013, if not then there is an album that I am unaware of. Regardless of whatever the number is Squealer is in a pretty good place at the moment with the quite vicious Insanity proving to be a worth follow on to 2018’s Behind Closed Doors.

Now, this is a band that has seen its fair share of tragedies with the untimely passing of two vocalists and a wholesale change in personnel but, in many cases, it is the name of the band that is important as the individuals may change over time but the band and its style remains a constant. These days, the line-up consists of Sebastian Wernerminor on vocals, the guitar pairing of Lars Döringmso and Michael Schielminor Manuel Rothminor on bass and the incoming Peter Schäfer on drums. The album’s closing track Black Rain also sees Bernhard Weiss and Zak Stevens (Circle II Circle, Savatage) guesting on vocals with Roland Grapow (Masterplan, ex-Helloween) supplying one of the lead guitar and Low-Flying Brains also features piano from occasional guest Ingmar Klippert. The band seems to switch between thrash and power metal with ease but this does sometimes affect the continuity of the album but it is not a major issue as what the fans want is huge, portentous riffs and swathes of duelling guitars and these are supplied throughout the album in copious amounts. The pace slows for the occasional ballad like Black Rain and Low-Flying Brains but you always know that you are never far away from a stunning solo or a wall of riffs and all supplied against a mammoth background of intense bass and furious drums.

Squealer is a band that knows how to rock with everything being done to excess which is what is expected and, as usual, they have again delivered the goods in fine form. 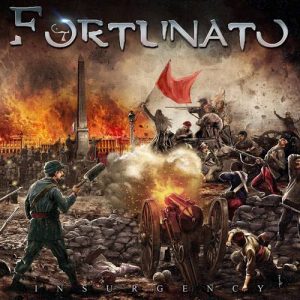