The triumphant and seemingly unstoppable movement that is known as Neue Deutsche Härte (New German Hardness or NDH for short) continues with the latest album to add to the momentum being Quarz from Stahlmann, a band formed in 2008 with the latest release now being album number seven.

For many of us, the phenomenal Rammstein seemed to something of a one-off in the mainly English speaking heavy rock world but they were just the point of the arrow and following on has been literally hundreds of bands every bit as good and relevant as the German masters. One of these being Stahlmann, a band formed in Göttingen, that has total mastery of the dark art of blending brutal industrial sounds with gothic rock with a delicious melodic underbelly plus a sense of rhythm that combines with an electro beat to make them darlings of the arena and the dance floor. Mean, dark and moody, the band personifies everything that is bold about NDH in that they are uncompromising with the incessant industrial pounding beat that hammers into your skull whilst still being melodic and upbeat.

The band has seen a fair number of changes over the years with Martin Soer (vocals and programming) being the only original member with Mario Sobotka on guitar, Eugene Getman on bass and Dimitrios Gatsios on drums. It is Soer that gives the band such a distinctive ‘presence’ with his hard and biting German delivery perfectly in union with the thumping beats and hard punching bass and drum delivery that sweeps you away on a tide of industrial euphoria. The album harks back to the earlier years with a harder edge and a bleakness that only the best industrial and Gothic acts can carry off perfectly. It was great to hear the female vocals on Kinder der Sehnsucht and they worked perfectly for that album but now we are back to the raw, bitter and dark band that so many of us initially fell in love with.

It’s a short album at 34-minutes but that seems to be about right for NDH as it is music to experience and be consumed by so it can be exhausting especially so when the speakers are vibrating and the volume dial is set to 10. The album hits you from the first moment that the riff heavy ‘Wollust’ burst into life and you cannot help but be swept away by the roaring beast that is Stahlmann.

Quarz is another triumphant release and this band is now setting up a most formidable NDH catalogue and you need to give them a listen at your earliest convenience. 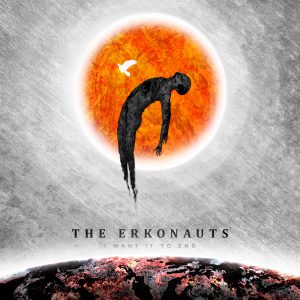 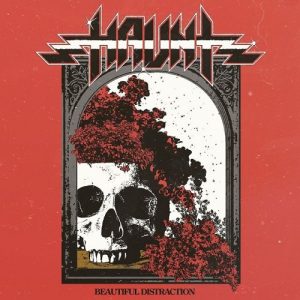