[The Fall Of America] kicks in immediately with a heavy, churning circular guitar riff driving the whole thing along like a juggernaut relentlessly crushing a picnic area.

Okay, confession time here: I had no plans to review this album initially. Not out of sloth, but merely because I didn’t think it would be for me. It came through with its accompanying information describing it as a blues, or at the most ‘blues-rock’, album. Now, I like some bluesy rock just fine when in the mood for that itch to be scratched, but when it comes to the nuances of the genre, I generally leave that to those who spend much more time talking about BB King, Canned Heat and Walter Trout than I do. So this sat in the inbox pile for a while before I slipped it into the player to decide who might be best placed to cover it. It started playing and, before I knew it, I’d gone from ‘let’s check out a couple of minutes’ to being 20 minutes deep and having my jaw on the floor. Now, you could, I suppose, at a stretch call this a blues album. But only in the same sense as you could call Physical Graffiti a heavy rock record, Hot Rats ‘a bit of jazz-rock noodling’ or The Wall ‘a sort of concept idea’. It may start there, but that’s like looking at the roots of a Giant Redwood and ignoring the bit above the ground. But let’s look at the album.

Opening proceedings is the title track, which sets the stall out from the word go, mixing heavy, dirty guitar riffing and lead lines spitting out sparks all over the place with a sneering edge to the vocals reminiscent of Graham Parker, or even Dylan if he was feeling really aggressive. This gives the verses real bite and edge, but when the chorus comes in it is immense. At a fairly concise length this is a real statement of intent to open the album, and one which certainly kept me on track with it. But then the nine-minute The Fall Of America enters the room, and all bets are off. All social commentary in a studded iron glove, it kicks in immediately with a heavy, churning circular guitar riff driving the whole thing along like a juggernaut relentlessly crushing a picnic area.  It’s relentlessly powerful, but that’s all. Well, for three minutes or so at least. Then as the song drops down and you think it’s finishing, that riff thumps in again with renewed intensity, and Petit starts throttling all manner of sounds from his guitar over the top, like a fire-bound salamander writhing in tortured ecstasy. And so it rolls on, for six more pulverising minutes, with flashes of Hendrix, Steppenwolf, Zeppelin and even the odd threat to break into space-rock. It’s an astonishing virtuoso performance, but then just as you think you have the handle on it, it goes one step further and threatens to morph into early Sabbath, via Electric Funeral, yet never quite does. Petit is way beyond the blues now. He’s off on his own vision quest, fuelled by peyote, mescaline, Jack Daniels and cigarettes. When the track finally squeals to a halt, the only option is to fumble around for that jaw of yours on the floor while you wait for the next song to start.

When it does, there’s another 90 degree shift into melodic, anthemic blues guitar territory for Roxie’s Song, with the soaring, weeping lines conjured up being an absolute masterclass in emotion-drenched majesty. It couldn’t be more different to the first two bruising encounters, yet at the same time it feels as if it couldn’t be anything else. Unsurprisingly, the intensity drops for a little while, the album getting a touch more playful with a cover of Blind Willie Johnson’s The Soul Of A Man, featuring guest vocals from Shemekia Copeland and harmonica from Paul Jones, having an eye on the dancefloor and a riotous Long Tall Shorty completing the experience. It’s not long before we’re mesmerised again though, with the laid-back beauty of The Ending Of The End featuring yearning, weeping guitar work worthy of Peter Green himself.

The final two tracks build right up to send us out on another big double punch. The guitar showcase Sputnik Days sees Petit into Gary Moore territory with big, soaring lead lines harnessing controlled sustain conjuring up Moore at his imperious best. Finally, another nine-minute hit of Zombie Train takes some spoken, almost-rap vocals with a cool twist of knowing cynicism and leads us into more guitar heroics overlaying a groove deep enough to take a hot bath in, leading us out of the album in a final, longing fade-out.

On top of all this, there’s the small matter of the album artwork, by none other than Klaus Voormann, the man responsible for the Beatles’ Revolver. He doesn’t do artwork for just anyone these days, and apparently Petit had to ‘pass an audition’. That’s another trademark of quality right there, and the art is suitably eyecatching and impressive.

Did I say that blues-based stuff wasn’t really my thing? Well, maybe so, but I will say this. If all blues sounded like this I’d say Robert Johnson got a hell of a deal at that crossroads. 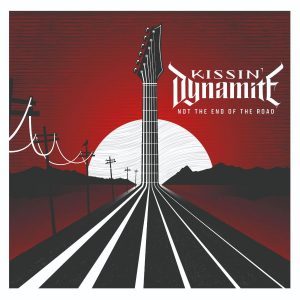 Kissin’ Dynamite – Not The End Of The Road (Napalm Records) 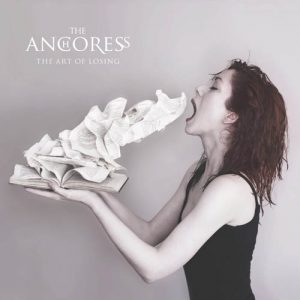