A dozen years have cruelly stampeded by since Steve Hackett’s last full album of acoustic-based compositions (and that last year was the cruelest of all). In that time he has proven himself a tireless stalwart of the rock world with the energy and inspiration of a man half his age; crafting five original albums, a collaboration album with Chris Squire, and of course his wildly popular Genesis Revisited project. Relentless touring to packed houses of elated crowds has prompted the issue of no less than seven epic live packages showcasing his own work over the last forty-five years as well as that of his former band.

This is all mightily impressive, but for listeners who particularly adore works such as Tribute, Metamorpheus and A Midsummer Night’s Dream, the divine new album Under A Mediterranean Sky is cause for jubilance. While there is much to enjoy in Hackett’s pounding rock rhythms, group vocals and mesmerizing electric guitar solos, there is at least an equal amount to relish when he turns his attention – and fingernails – to nylon strings and orchestral arrangements (courtesy of longtime musical partner Roger King). Finding himself off the road indefinitely with the goings-on of 2020, it seems he naturally immersed himself in something altogether more introspective, though no less stimulating or inventive.

The celebrated guitarist comes across as a hopelessly imaginative soul; a wanderer and traveler easily swept up in the romance of these cities and their vast histories, yearning to translate those feelings to music. The 51 minutes that make up Under A Mediterranean Sky find him and his cohorts balancing the sound of more conventional instruments by employing viola, duduk, tar, charango, and the Iraqi oud (pictured) to bring to life those impressions of the Mediterranean locales they’ve wandered through, supped in, slept in, and even performed in. You may deduce that there is something of a world music element to this latest platter… and you’d be right.

The album wastes no time reacquainting us with the majesty of this facet of Hackett’s music. Opening track Mdina (The Walled City) begins in familiar fashion with a traditionally dramatic theme before dissipating into flurries of acoustic notes that quickly remind us why he is so often cited as being a ‘master’ of the strings. Adriatic Blue is another early highlight, the kind of piece Hackett has been perfecting since his earliest acoustic albums that lulls the listener into its gentle beauty. It’s also worth noting that the simple but striking album cover image is a most suitable visual companion to these tracks.

The mysterious Sirocco floats along dreamily, enlivened midway by ethnic percussion, before the charming and breezy Joie de Vivre lightens the mood. Conveying images of the wonder of life without any forced, saccharine cheerfulness, this is a well-constructed piece with a naturally flowing melody, ranking among the album’s finest moments. The Memory Of Myth intoxicates the senses, from its crying violin intro to the varied and complementary flavours throughout, while follow-up track Scarlatti Sonata harkens back to 1983’s Bay Of Kings, the kind of enchanting solo guitar piece that Hackett has excelled at throughout his career.

Brother John Hackett drops by to provide his always tasteful flute accompaniment on the lovely Casa del Fauno, and Hackett bandmate Rob Townsend’s feverish saxophone accents The Dervish And The Djin; a denser, more robust piece with darker themes and rich orchestration. One might imagine this track as a musical backdrop to some bustling, exotic market where eye-patched vendors shoo away thieving monkeys and offer spices unheard of.

Reviews of strong releases can sometimes appear lopsided or rife with blind praise. So if a weaker link must be pinpointed, the track Lorato – sandwiched between two weightier pieces – feels a bit ‘been there… done that’, and thus merely glides by inconsequentially. Pleasant enough, the track is nonetheless dwarfed (though largely because of Hackett’s own incredibly high bar that he continues to set for himself). Perhaps a spot on one of his rock albums would have served the piece better and allowed its character to shine through, but alongside these gems it becomes overshadowed.

Speaking of character, the two pieces that conclude the album are positively brimming with it. The haunting and gorgeous atmosphere of the flamenco-infused Andalusian Heart propels it to the top of this new batch, and I dare say near the top of Hackett’s entire acoustic oeuvre. The delicate tranquility of album closer The Call Of The Sea matches its evocative title, invoking thoughts of deep blue, sun-glittered waters and the fascinating histories of the cities dotting their shores. It’s a remarkably soothing finale, and it’s no backhanded compliment to suggest that it could easily lull one into a restful slumber.

Hackett hasn’t lost an ounce of ability over the decades. His sharply-honed skills have only grown in stature, and he is more than worthy of the dignity and prestige with which he is spoken of in music circles. One can only doff their cap to his fifty years as a professional musician, his now colossal catalogue, and the way he continues to deliver volumes of such varied styles now into his seventies. Under A Mediterranean Sky is an elegant return to this genre; a lush, vibrant oasis in a cracked and colourless modern landscape. Simultaneously comforting and compelling music from a composer who continues to do his part in contributing peace and beauty to a troubled world via his boundless creativity. Bravo Steve Hackett, it wouldn’t have been the same without you all these years.

Under A Mediterranean Sky is released 22 January and is available from all usual vendors on LP and CD. For autographed editions, order directly from links below. 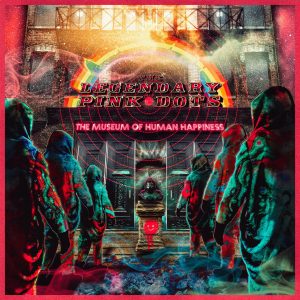