If you are a fan of virtuoso musicianship, you will find this one hard to match…

There aren’t enough superlatives in the English language to describe Steve Vai’s technical mastery of the guitar. As it happens, this is the album that shouldn’t have been – early in the pandemic, Vai was already deep into a completely different album, comprised primarily of solo acoustic songs with vocals. But he was kicked into touch by three torn tendons in his right shoulder that required surgery, and a bout of trigger finger in his left thumb that made it almost impossible to play. By the time he came out of recovery, the world had moved on and he had more than 200 tour dates to catch up on – so the acoustic album went on the backburner, and he recorded the more gig-oriented Inviolate instead.

Anyone who is familiar with Vai’s work will know to expect smooth, creamy guitar licks, deeply complex musical theory and jaw-dropping shredding. But an extra feature he always tries to provide is imagination in the sounds and textures. To that end, this album showcases the utterly extraordinary bespoke instrument illustrated on the front of the album; a three-headed monster built in association with Hoshino and known as the Hydra. The opening track on this new opus, named Teeth Of The Hydra, uses as much of the instrument’s potential as he could unlock, even if that meant playing two parts at once. Hence, as Vai says, “I’m using my left hand to create phrasings that work when I can’t pick a note because my right hand is off somewhere else…” It’s a beautifully constructed piece though, with a more-or-less freeform backline, multiple percussion and neat pan separation, which really rewards listening under headphones.

Zeus In Chains follows on, with more of a melodic hook line and a distinct backbeat, with some incredible riffage at around the 3:30 mark. Third track Little Pretty sounds like it might be a melodic, romantic ballad, but in fact it consists of a kind of funky vibe, built around a series of ominous modal scales. The title may well be more of a tribute to the instrument than anything, as this one, highly unusually for a space-age guitar god like Vai, is played on a black Gretch semi-acoustic. And this is where Vai scores really; he selects different instruments, not for subtle shades of timbre, but for radically different sounds. The next track, Candle power, is played on a single-coil Strat-style guitar, and the complex fingerpicking cuts through with a crystal-clear tone. Vai developed a novel playing style for this one, involving bending different strings in different directions at the same time, creating a twangy, rubbery sound in which notes seem to come from any and every direction. There’s some manic kick-drum work briefly at about the 2:30 mark, and the whole thing is incredibly imaginative, but fully-developed at the same time. Despite the obvious virtuosity of the first three tracks, this one came across as a highlight for me, as did the next track, the fusion wig-out Apollo In Color. Vai gives his redesigned Ibanez signature model its first run-out , and there’s also some great, jazzy drumming and a tremendous, if short, bass solo. Just for the hell of it, Vai gathered all the disparate string instruments he has collected over the years, and slapped them all on to this track, so you may well be able to hear a cavaquinho, a saz, a sitar, an oud and some other kit that even Vai doesn’t know the names of.

So far it’s been a long way from heavy rock, with much more of an emphasis on composition and content than on adrenalin and power. Avalancha seeks to balance matters though, with a rock drumbeat, heavy prog-metal guitar backings, and a metal lead style, which nevertheless seems a little sunk in the mix for some reason. It includes some manic shredding and some really cool harmonies, before a highly theatrical end sequence in which all kinds of stuff is panning left and right over a hectic drum pattern, before the sudden ending.

Greenish Blues is a bit of a departure, in which Vai reverts to basics – it’s not twelve-bar, but it is still recognisably a slow blues. This is as close as he gets on this album to the classic For The Love Of God from 1990’s Passion And Warfare, and as such, it’s necessarily the best track on the album for this reviewer. He pulls out a wah pedal at three minutes and we are treated to some glorious, weeping guitar; an album highlight for sure.

Knappsack is another exercise in diversity; it was written and recorded while Vai was still in a shoulder sling, (a ‘knappsack’ as his surgeon Dr. Knapp called it), so he had to play the whole thing with one hand. He could have just waited of course, but where would be the fun in that? Consequently, expect some impressive one-handed hammer-ons, altough he still manages to work the whammy bar. Sounds like there are some harp glissendos and a bit of jazzy piano towards the end too. The whole set is rounded off with the six-minute Sandman Cloud Mist, a slow, jazz-fusion jam with complex drumming.

It’s one thing being able to play the guitar with almost superhuman speed and dexterity, but it’s quite another to be able to incorporate so many ideas and textures, and to produce an album like this with absolutely meticulous clarity. Add in learning to play one-handed, learning to bend multiple strings independently and learning to play that Hydra beast, and it seems as if Vai has crammed enough into this one for at least three albums. If you are a fan of virtuoso musicianship, you will find this one hard to match. 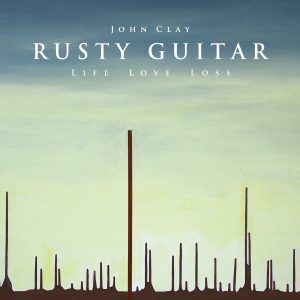 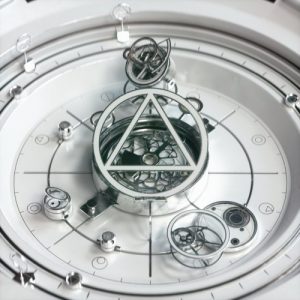 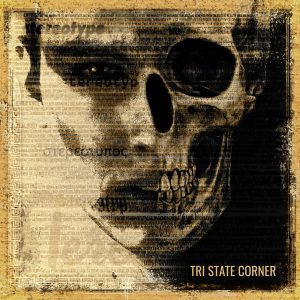