Tanzwut is yet another in an ever growing list of fine German Neu Deutsche Härte (NDH) bands but they are a little different to the others as they also cross into medieval metal territory which sounds bizarre but makes total sense when you listen to them. Rammstein set the template for NDH and we have much to thank the German masters for as this is a genre that is so enticing, hypnotising and rewarding. The hard, heavy and brutal rock when combined with the German tongue becomes a thing of beauty and, when presented live on stage, it takes music to a new level indeed.

This is a music style in which the audio and performance are in complete harmony and seem destined to go together just like Pink Floyd and their early light shows. The band was formed in Berlin in 1998 and Seemsanngarn (Sailor’s Yarn) is their 11th album and they use contemporary rock instruments in conjunction with traditional ones with the bagpipes playing a major part in their distinctive sound. Musicians have come and gone over the years and they currently line-up with a team of seven with Mike “Teufel” Paulenzon on bagpipes and lead vocals, Der Zwilling on bass and bagpipes, Thrymr on bagpipes and shawm, Pyro on bagpipes and shawm, Shumon on percussion and keyboards, Oually on percussion and keyboard and Martin Ukrasvan on guitar, backing vocals, tromba marina and, yes you’ve guessed it, bagpipes. If you need to know then a shawm is a medieval and Renaissance wind instrument, forerunner of the oboe, with a double reed enclosed in a wooden mouthpiece, and having a penetrating tone and a tromba marina or marine trumpet is a triangular bowed string instrument used in medieval and Renaissance Europe and was highly popular in the 15th century in England and survived into the 18th century. The mixture of old and new is rather intoxicating with the bagpipes mainly taking the lead over a heavy riffing guitar and this works so much better than it sounds! The band is very visual and they use costumes, effects and choreography to enhance the music and in vocalist Paulenzon they have a quite brilliant front man with a fantastic deep and booming voice and as much charisma as you could ever wish for in your singer.

Tanzwut have produced another brilliant album and if you are looking for a little something extra with your music then this is as good a place as any to start. 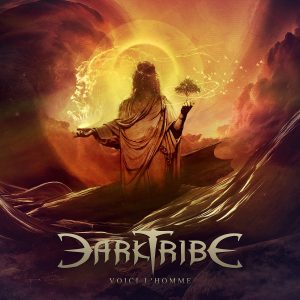 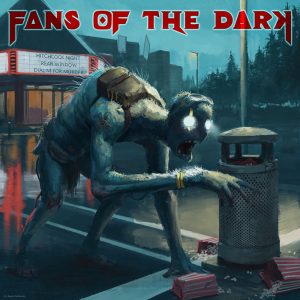 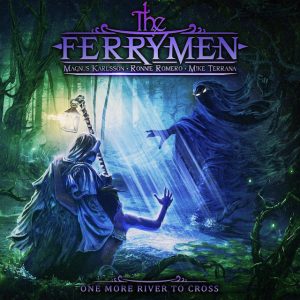 The Ferrymen – Another River To Cross (Frontiers Music)